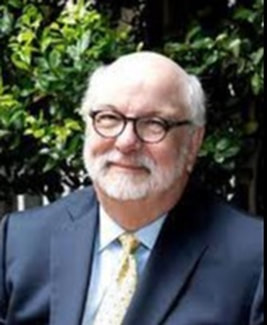 Marvin Lamb (b. 1946) was the Henry Zarrow Presidential Professor of Music & Head of the Music Composition Program at the University of Oklahoma, where he served as Dean of the Weitzenhoffer Family College of Fine Arts from 1998-2005. His music has been performed widely in the United States, Europe, Canada, Mexico, South America and Japan. In addition, his orchestral works have been performed by the symphonies of Atlanta, Dallas, St. Louis, Colorado, Honolulu and the Cabrillo Festival and recorded by the Czech Philharmonic Symphony. He has multiple awards from ASCAP, Meet the Composer and the Charles Ives Center for American Music and held a year-long fellowship in orchestral composition awarded by the Tennessee Arts Commission.

December 4, 1973
at the
Community College of Baltimore County
Essex Campus

Tap > Below
(There may be a slight pause before sound begins.)
TO LISTEN TO
A reprise posting of
Roger Boutry's Prelude, Choral & Fugue
&
W. Francis McBeth's Four Frescoes
TAP HERE
FOSTERING BRASS CHAMBER MUSIC
​
The score and parts for Marvin Lamb's Prairie Suite, along with the entire ABQ music library, are available for research and performance from the Oberlin Conservatory of Music.
For direct access to the Annapolis Brass Quintet Special Collection @ Oberlin Conservatory
Tap Here​​
Proudly powered by Weebly