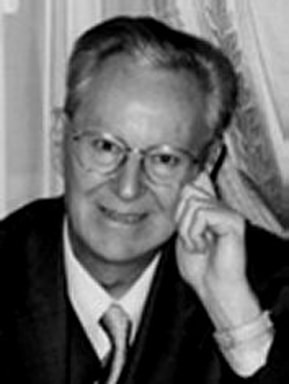 ROGER BOUTRY
Roger Boutry was born in Paris in 1932 and studied at the Paris Conservatory winning eight first prizes, most notably in composition, piano and conducting.  In 1954 he was awarded the Prix de Rome for his cantata On ne badine pas aver l'amour.  Boutry taught harmony at the Paris Conservatory from 1962 to 1997 and was musical director of the Garde Républicaine from 1973 to 1997.  He won several prizes for his work, among them the Music Prize of the City of Paris, the Symphony Prize awarded by the SACEM (the French Performing Rights Society) and the Georges Bizet Prize of the Académie des Beaux Arts.  He has around 100 published works to his credit as well as 20 recording discs.  As an accomplished composer,  internationally renowned pianist and conductor with a vast and eclectic repertoire, Roger Boutry successfully united numerous diverse modern æsthetic trends in his work. He was named ‘Personality of the Year’ in 1989 for the whole range of his artistic activities.
​
PRELUDE, CHORAL & FUGUE -- ROGER BOUTRY 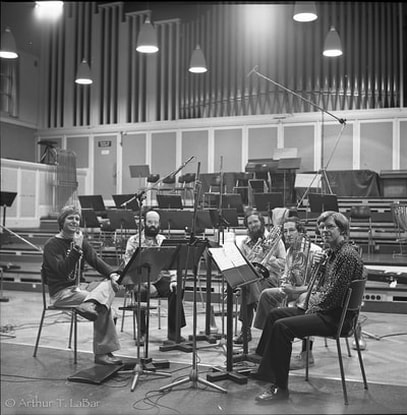 ANNAPOLIS BRASS QUINTET
1976
(L to R) David Cran, trumpet;  Arthur LaBar, horn;
Robert Posten, bass trombone;  ​Tim Beck, trombone;  Bob Suggs, trumpet
Four Frescoes - W. Francis McBeth
March 9, 1933 - January 6, 2012
Four Frescoes, written in 1969, consists of four contrasting movements, each based on a four-note motive.  The first movement is a virtuoso fanfare, the second, a study in contrasting timbre and dynamic.  Of the third movement, the composer says "it is a 'crippled' waltz with no serious intent, but just for fun!"  The fourth movement provides a dramatic contrast with the third, featuring a bravura dialogue between the two trumpets.
FOUR FRESCOES (1969) -- W. FRANCIS McBETH 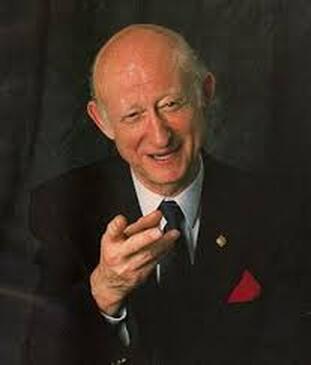 W. FRANCIS McBETH
William Francis McBeth  was a prolific American composer, whose body of compositions for concert band is highly respected. His conducting activities took him to forty-eight states, three Canadian provinces, Japan, and Australia.  From 1957 until his retirement in 1996, McBeth taught at Ouachita Baptist University in Arkadelphia, Arkansas. In 1975 McBeth was appointed Composer Laureate of the State of Arkansas by the Governor - the first Composer Laureate named in the United States. Other awards bestowed upon McBeth were the Howard Hanson Prize at the Eastman School of Music for his third symphony in 1963, multiple ASCAP Special Awards, the American School Band Directors Association Award in 1977, the Edwin Franko Goldman Award in 1983, and the John Philip Sousa Foundation's Medal of Honor in 1999,
TO LISTEN TO
MARVIN LAMB: PRAIRIE SUITE
Performed by the Annapolis Brass Quintet in 1973
Tap Here
FOSTERING BRASS CHAMBER MUSIC

The scores and parts for Roger Boutry's Prelude, Choral & Fugue and W. Francis McBeth's Four Frescoes, along with the entire ABQ music library, are available for study and performance from the Oberlin Conservatory of Music.