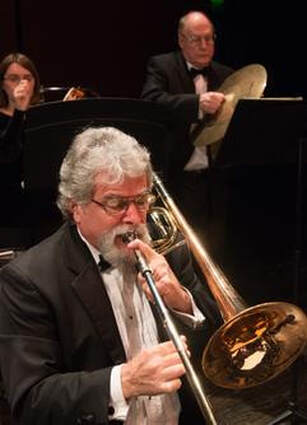 David Martin Kanter was born in Brooklyn, NY on December 7, 1946 to Charlotte and Mitchell Kanter.  His birth (and that of his twin brother) made the news, since the twins were among the very first babies to receive blood transfusions as a result of an Rh blood condition.

After a few years, the family settled in Hicksville, NY (Long Island), and David attended Hicksville High School, where he joined the band as a member of the trombone section. He continued his musical studies at the Eastman School of Music, studying trombone under master teacher Emory “The Chief” Remington.

Upon graduating from Eastman, David served with the United States Navy Band in Washington, D.C.  He then played and recorded with the Annapolis Brass Quintet, taught at the Duke Ellington School for the Arts in Washington, D.C., and taught a number of private students. He also appeared at the Kennedy Center and Carnegie Hall. David was a long-time member of the Symphony of the Potomac, and he organized and played with the Silver Spring Brass, performing regularly at Resurrection Catholic Church. He co-authored "40 Brass Nuggets," a series of arrangements and compositions for brass instruments, and in 2021he published a children’s book, "Give a Child a Stick," illustrated by his cousin Ginger Balizer-Hendler.  He was preparing another book chronicling his parents’ experiences as a young Jewish couple during WWII.
​David was a passionate musician.  He approached music, particularly Brahms and Mahler, with reverence. He was a gifted writer who strove to find the perfect combination of words to express facts or feelings. He was very witty and he loved to make people laugh.

In the aftermath of September 11, 2001, David used his writing and musical skills to express what he felt, composing an early American style hymn titled "September Morning,"  He said he wrote the piece following the 9/11 attacks in New York City, Virginia and Pennsylvania because "I wanted to express myself, and even though I myself am not a survivor, I felt their pain that day.  I  painted what I saw ... with my music.”
"SEPTEMBER MORNING"
BY
DAVID M. KANTER

FOR A VIDEO OF THIS
SEPTEMBER 11, 2021 PERFORMANCE
WITH INTRODUCTION BY
DAVID KANTER
​
TAP ​HERE 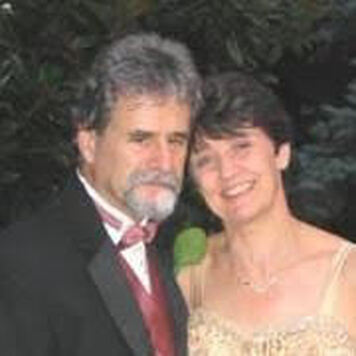 David and Annick
"Ever since I have known David, he has been on a quest to find the perfect mouthpiece. Playing was often painful for him (he should have had braces) and he tried to design what would work for him, but it was never really satisfactory. He had such a collection of mouthpieces!

He couldn't listen to music as a background. He was fully engaged, singing the wonderful melodies, anticipating the big moments. He was so deeply musical. And he really revered Brahms and Mahler. He didn't feel worthy of playing their music.
​
He continued to do the Remington warm up exercises every day. He had just been working on a song, a duet between a soprano and a trombone, with piano accompaniment, based on the 'Rochut etude No 1'.  He thought that trombonists would enjoy the different puns...like 'playing with a Reming-Tone'." 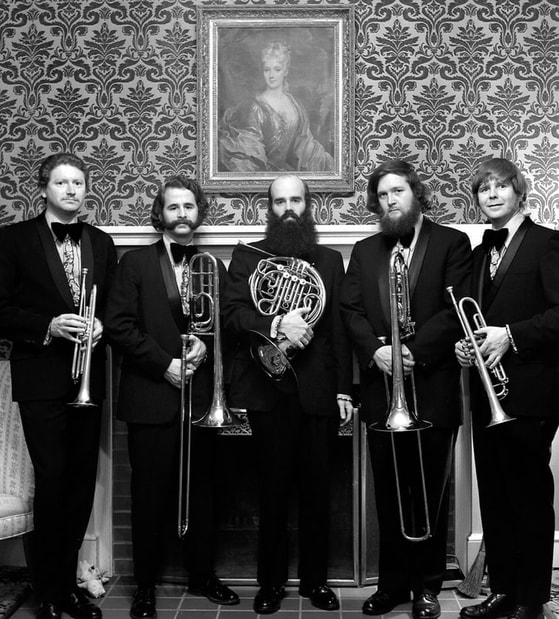 God bless the music makers
Who tap the resoundings of the universe
With horns and strings and vibrant things,
To urge mankind's greatest aspirations.

God bless the singers,
Through whose voices we so briefly
Separate ourselves from the harshness
Of the world, and connect
With the sanctity of life. 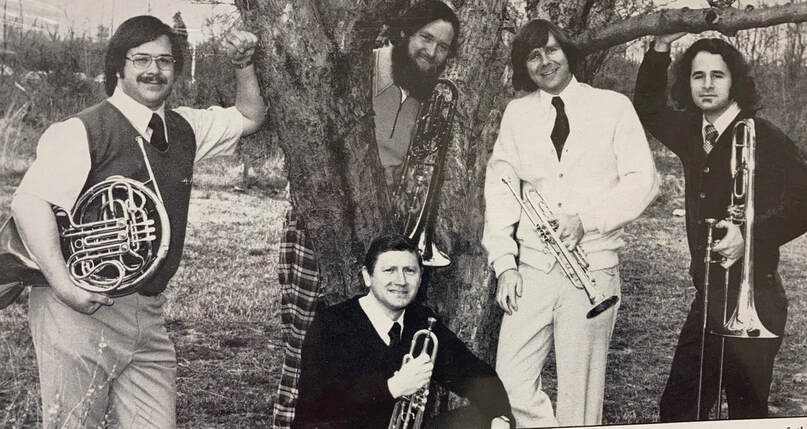 >>> The winter of 1974:  The quintet's first extended 'Norm Wendt' Concert Tour of eight northern mid-west states, (Minnesota, North Dakota, Wyoming, South Dakota, Wisconsin, Iowa, Michigan, Illinois) performing five or six concerts a week for seven-weeks in January and February.  The first concert was in Crookston, Minnesota, which warmly welcomed the ABQ with 28 degrees below zero!
_____________
The 1974 ABQ S202 LP and subsequent 1976 ABQ S206 LP, re-mastered and digitized, was released in 2021 by Crystal as a single CD202, titled "Quintessence".​
To Listen To
​Theme for a Carousel by Jack McKie
Spoken Introduction by ​Haldon (Butch) Johnson:
​Tap > Below
To Listen To
America the Beautiful
​arr. C Warren Kellerhouse
Tap > Below

A celebration of David Kanter's life

Click below at 12-noon on Monday, January 16, 2023
for the live stream of this event:
​
https://youtu.be/x0faGWdl0fQ
Complements of Annick Kanter-St. Hubert​ 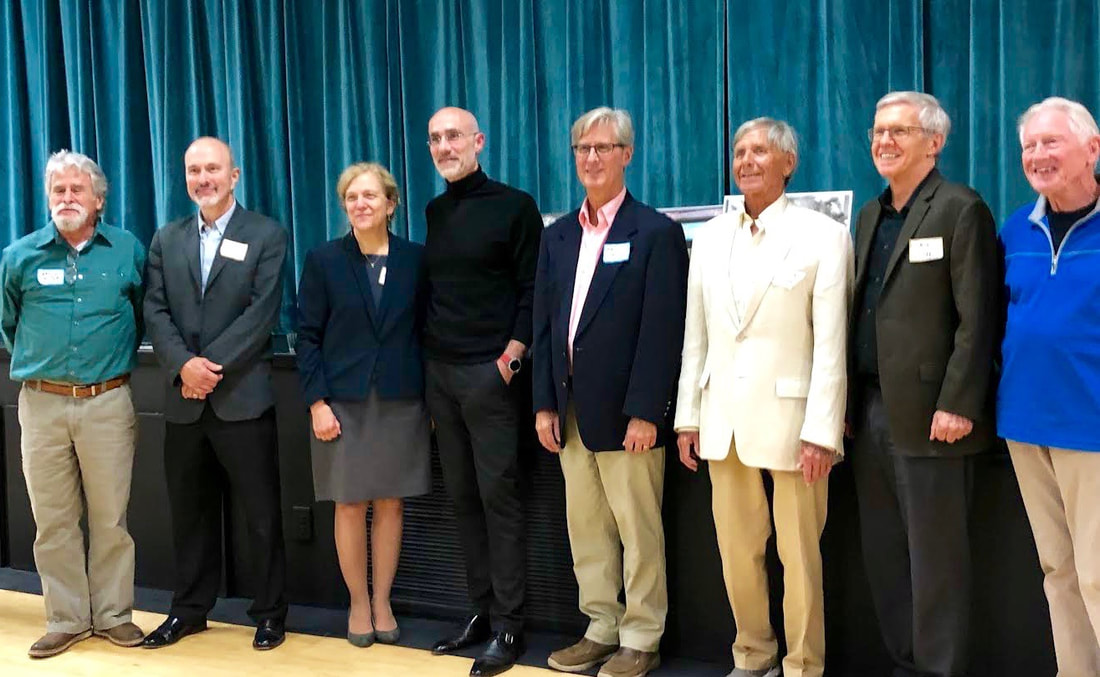