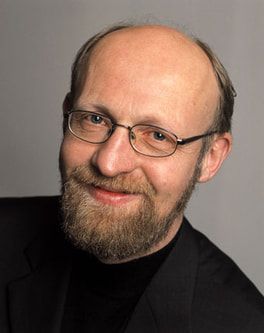 YNGVE SLETTHOLM
Yngve Slettholm, Norwegian composer, conductor, musicologist and administrator completed his studies at the Norwegian State Academy of Music in composition under Finn Mortensen, receiving his diploma in composition in 1980.

From 1986-88, with a Fulbright grant, he studied theory, music history and composition at the State University of New York at Buffalo, with Morten Feldman as his teacher in composition. Slettholm received his PhD in composition in 1989, and has since been awarded several prizes and grants. Read More

​
Yngve Slettholm has been particularly interested in the relationship between music and time. He points out as an important aspect of modern thought, that linear conception of time is by no means exclusive. This is reflected in music of the 20th century, which not only attempts emancipation from goal-directed tonality and periodicity, but also from goal-directed form.
​In his own music this reflection has led to a strong concentration on timbral nuances and a more inward-focused, contemplative form of expression, as in his beautiful Elegy written for the ABQ in 1978.
​
Annapolis Brass Quintet
Robert Suggs, trumpet; David Cran, trumpet; Marc Guy, horn;
​ Martin Hughes, trombone; Robert Posten, bass trombone

To Listen Tap > Below:
(There may be a slight pause before sound begins.)
FOSTERING BRASS CHAMBER MUSIC

The score and parts for Yngve Slettholm's ​Elegy for brass quintet, along with the entire ABQ music library, are available for research and performance from the Oberlin Conservatory of Music Library.
Direct access to the Annapolis Brass Quintet Special Collection @ Oberlin
Tap Here
Proudly powered by Weebly