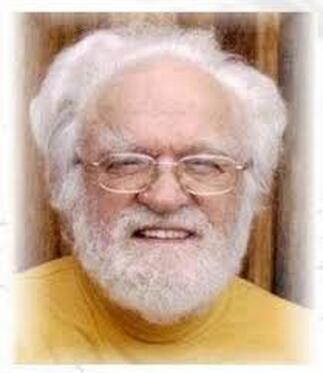 WILLIAM SCHMIDT: COMPOSER - CONDUCTOR - PUBLISHER - SAXOPHONIST
William Joseph Schmidt (b. 1926 - d. 2009)  was an American composer, arranger and publisher of classical music.  In 1956 William Schmidt received a DuPont Band Composition Award and from 1970-76 recording grants from the Ford Foundation. In 1981 he was nominated for the Pulitzer Prize in Music for his Double Concerto for Trumpet, Piano and Chamber Orchestra, commissioned, premiered, broadcast and recorded by the Pasadena Chamber Orchestra in California. He was a member of the American Society of Composers, Authors and Publishers (ASCAP) and received awards from that Society from 1979 till his death.
Brass Chamber Music Society of Annapolis
Artists Concert Series
December 14, 1980
​
Annapolis Brass Quintet
​Robert Suggs, trumpet;  David Cran, trumpet;  Marc Guy, horn;
Wayne Wells, trombone;  Robert Posten, bass trombone & tuba

Suite # 4 by William Schmidt
This performance was of the Suite #4 ​is the world premiere performance.
The work is inscribed with a dedication to the Annapolis Brass Quintet.
Duration:  25" Introduction + 12' 57" Music
To Listen TAP below - left arrow on Sound Bar
There may be a 10-20 second delay before sound begins.
About his 1980 Suite # 4 for brass quintet William Schmidt has written
After a nine-year absence from composing for the brass quintet,​ Suite #4 was a welcome return to my favorite brass combination.  The work is in five movements...a fast-slow-fast-slow-fast format.
FOSTERING BRASS CHAMBER MUSIC

The score and parts for William Schmidt's Suite # 4, along with the entire ABQ music library,
​are available for research and performance from the Oberlin Conservatory of Music Library.
For direct access to ABQ Special Collection @ Oberlin Conservatory Library
Tap Here
Proudly powered by Weebly