Our featured work for today: 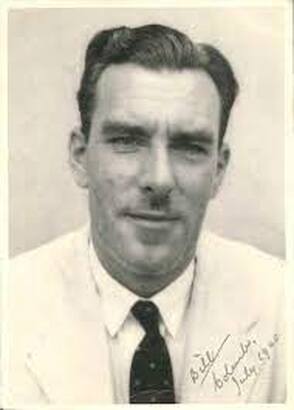 WILLIAM LOVELOCK
William Lovelock was born on 13 March 1899 at Kennington Park, London.  He attended Emanuel School, Battersea, and started learning to play the organ when he was 12.  At 16 he won an organ scholarship to Trinity College of Music.  His teachers were Charles William Pearce and the composer Henry Geehl, whose enthusiasm for band music and for writing for lighter entertainment, as well as in traditional genres, influenced him deeply.  After serving as an artilleryman on the Western Front in World War I, he taught at Trinity from 1919 and played the organ at St. Clement Eastcheap (1919-23).

William Lovelock moved to Australia in 1956 to accept a position as the first director of the Queensland State Conservatorium of Music, a position he resigned in 1959 after only three years.  Choosing to stay in Brisbane, he became the chief music critic for the Courier-Mail, and intensified his output as a composer.  Lovelock's compositions ranged from teaching pieces for children to full-scale orchestral, choral, brass, and military band works, including concertos for piano, wind instruments, harp, and organ.

After the death of his wife in December 1981, Lovelock returned to England.  Survived by his son, he died on 26 June 1986 at Shipston-on-Stour, Warwickshire.
To listen to the
Annapolis Brass Quintet
perform
William Lovelock's

(Duration 11' 13")
​
Tap > Below
(There may be a slight delay before sound begins.)
FOSTERING BRASS CHAMBER MUSIC
​
The score and parts for William Lovelock's Brass Quintet, along with the entire ABQ music library, are available for research and performance from the Oberlin Conservatory of Music.
​
For direct access to the Annapolis Brass Quintet Special Collection @ Oberlin Conservatory
Tap Here​​
Proudly powered by Weebly