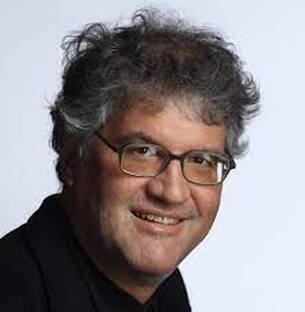 JARED DENHARD - Musician, Composer, Arranger.
BRAZILIAN SUITE by JARED DENHARD
​
After receiving a degree in trombone from the Peabody Conservatory of Johns Hopkins University, Jared Denhard branched out to become one of the most versatile musicians in the Baltimore/DC area over the past forty years.  His keen interest in folk and world music traditions has led to performing  on and writing for Celtic harp, bagpipes, penny whistle, ukulele, banjo, Native American flute, tuba and trombone.

Jared Denhard's original compositions and arrangements have been performed by the U.S. Air Force Band, Kinetics Dance Theatre and the Greenspring Valley Orchestra, in addition to the Annapolis Brass Quintet.  He has been a long-time member of the Irish band O'Malley's March and the Lexington Brass Quintet, as well as a frequent performer with the Peabody Ragtime Ensemble, Baltimore Victorian Consort and many other small ensembles with diverse focuses.  He has become particularly known in recent years for his advocacy and leadership of ukulele ensembles in an academic setting.
~ by Robert Suggs
​
JARED DENHARD'S BRAZILIAN SUITE

To listen to this performance by the
ANNAPOLIS BRASS QUINTET
​(Duration: 4'09")
​
tap > Below
(There may be a slight delay before sound begins.)
BARRY DOVE TRIO
Barry Dove is the principal timpanist of the Baltimore Chamber Orchestra and percussionist with the Harrisburg Symphony Orchestra, National Theatre, Hippodrome Theater, and he subs with the Baltimore Symphony Orchestra. He also heads his own group the Barry Dove Jazz Quartet, and Global Percussion Trio. He has studied at the Peabody Conservatory of Music, the University of Ghana in Accra and the University do la Havana and teaches at UMBC and Loyola University,

Zênite
was originally thought to have been composed by
Ernesto Nazareth
(b. 20 March 1863; d. ca. 2 February 1934)
Brazilian salon pianist and composer.
Zênite
is now confirmed to have been composed by
Odmar Amaral Gurgel, Maestro Gao
(b. 12 February 1909; d. ? 1992 São Paulo, Brazil)
Brazilian pianist, composer and singer.
Transcribed by Robert Suggs

To listen to this performance
(Duration: 5'13")

​tap > below
(There may be a slight delay before sound begins.)
FOSTERING BRASS CHAMBER MUSIC
​
The score and parts for Brazilian Suite, Zênite, and Chega de Saudade, ​along with the entire ABQ music library, are available for research and performance from the  Oberlin Conservatory of Music.
​
For direct access to the Annapolis Brass Quintet Special Collection @ Oberlin
Tap Here​​
Proudly powered by Weebly