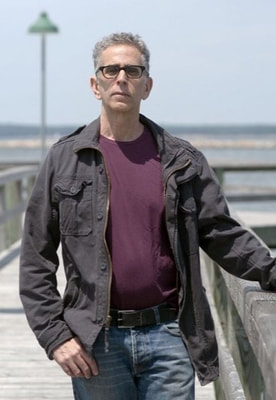 Roger Tréfousse has written a wide variety of music: film scores, operas and musicals, symphonic works, songs and chamber music.  He has composed three operas, The Monkey Opera, premiered at the Brooklyn Academy of Music; Found Objects, commissioned by the Mannes College of Music; and Blue Margaritas, premiered in New York at the Experimental Intermedia Foundation. Départ Malgache, the first section of a new group of short operas with libretto by Kenneth Koch, was featured on WNYC radio.

He has written a broad range of instrumental music, including Column for English horn and string orchestra, premiered at The Juilliard School; Balanced Boulders for narrator, flute, tuba and percussion, commissioned by legendary downtown New York writer Spencer Holst in honor of the publication of his collected stories; Fantasy for flute, celesta and cello,  for the Ben Weber retrospective concert at Miller Theater (Columbia University);  Music for Grete, originally written as a piano work for Grete Sultan and later scored for string quartet at the request of Lucas Foss for the Hamptons Music Festival and Synesthesia/Fusion: 3 Painters Portrayed in versions for piano and for five instruments.  READ MORE
Second Movement of
Roger Tréfousse's
The Geography of Yearning
Written for the Annapolis Brass Quintet
Duration: 04'42"

The score and parts for Roger Tréfousse's, The Geography of Yearning, along with the entire ABQ music library,
​are available for research and performance through the Oberlin Conservatory of Music.
For direct access to the Annapolis Brass Quintet Special Collection at Oberlin
Tap Here
Proudly powered by Weebly