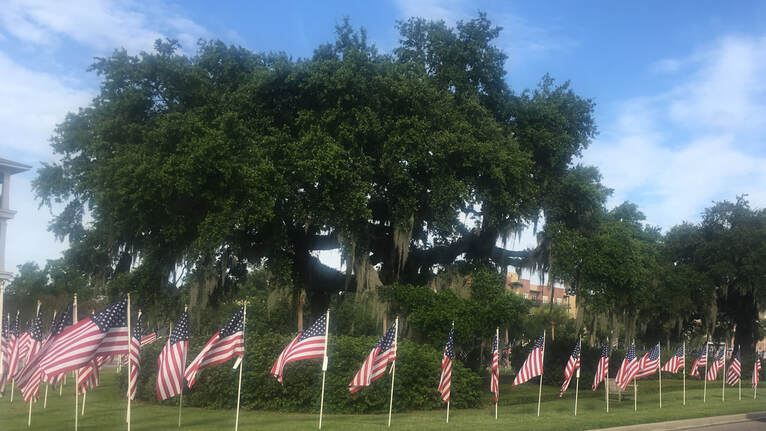 Memorial Day
May 31, 2021
​
"As we express our gratitude, we must never forget that the highest appreciation is not to utter words but to live by them."
​
John F. Kennedy
​

Rudy Shackelford (b. 1944) studied composition at Virginia Commonwealth University and the University of Illinois.  From 1971 he has been a freelance composer and writer with residencies at Yaddo, the McDowell Colony, and the Ossabaw Island Project.  In 1977, on a Rockefeller Foundation grant, he was a fellow of Villa Serbelloni, Bellagio, Italy. 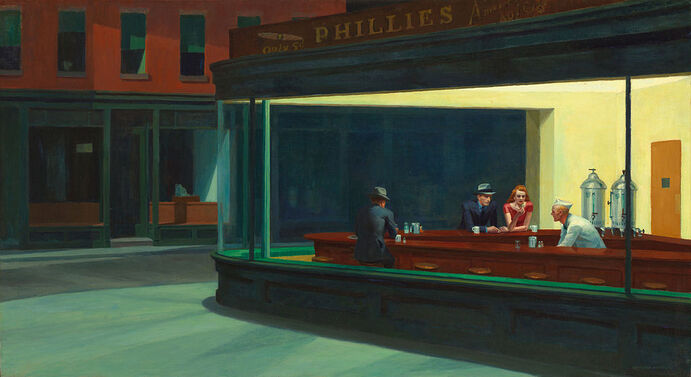 While serving as composer in residence at McDowell Colony in 1976, Rudy Shackelford composed Nighthawks for brass quintet.  This work was inspired by the collection of Edward Hopper’s oils, watercolors and prints in reproductions assembled and annotated by Lloyd Goodrich, published by Harry N. Abrams, Inc., New York.  ​

Three Edward Hopper paintings were selected as the basis of the first three movements of Nighthawks:  Approaching a City (1946), The Phillips Collection, Washington, D.C., Nighthawks (1942), The Art Institute of Chicago, and Early Sunday Morning (1930), The Whitney Museum, New York.

Nighthawks
three cityscapes after Edward Hopper
​for brass quintet
To listen tap > below.
(There may be a 10 to 20 second delay before sound begins.)

I. Approaching a City
II. Nighthawks
III. Early Sunday Morning
IV Epilogue: The Man on the Bed ​
​(poem by Debora Greger)
To highlight Hopper's three paintings for movements
I. II. III.
Tap on each photo: 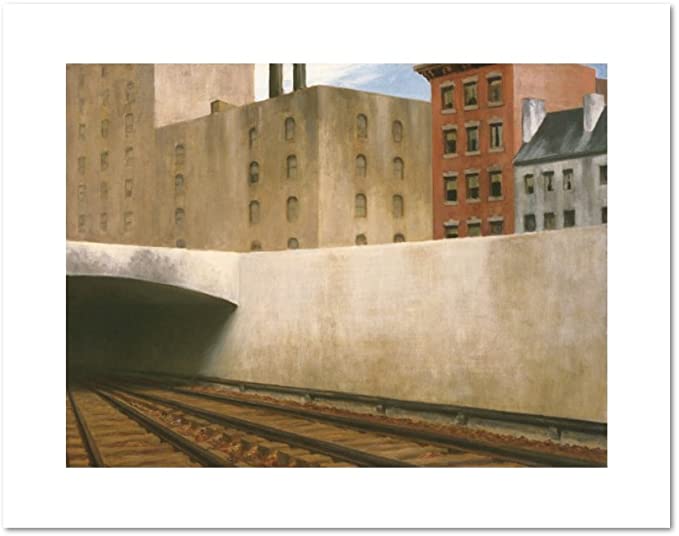 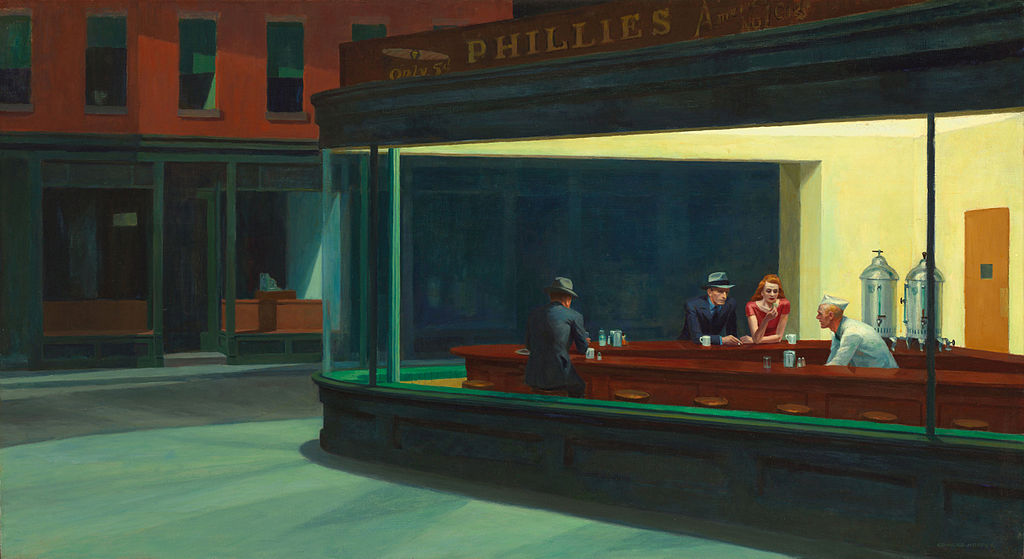 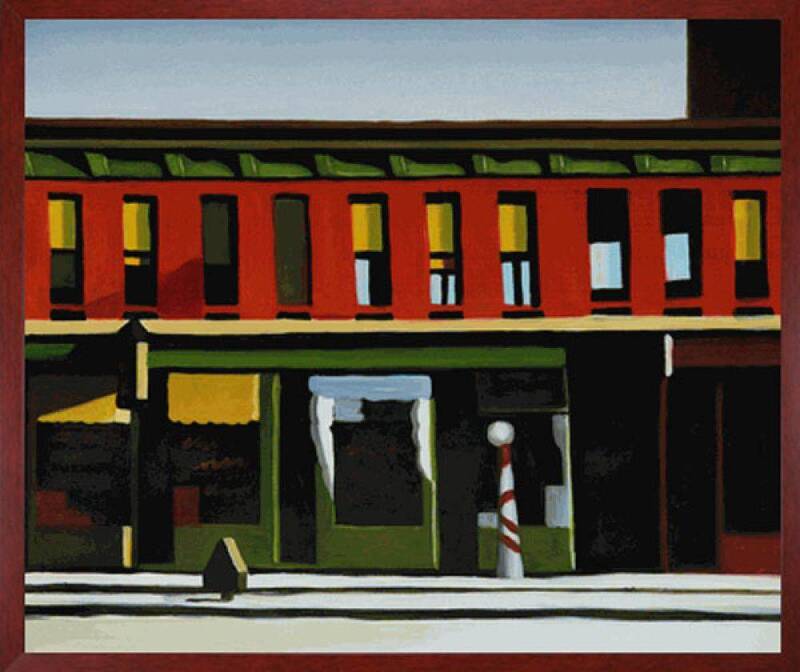 III. Early Sunday Morning (1930)
IV. Epilogue:  The Man on the Bed
In the fourth movement, Epilogue, members of the quintet in turn recite lines from Debora Greger's poem about Hopper to the accompaniment of a montage of fragments from the previous movements.

Debora Greger:  “In late September 1958, I visited Edward Hopper's South Truro studio and saw on the easel not an unfinished painting, nor even a stretched canvas, but a large empty stretcher.  ‘He’s been looking at that all summer,' his wife Jo Hopper said.”
Postlude:
The Guardian​
(27 Mar. 2020)
A commentary on loneliness in the coronavirus age:
We are all Edward Hopper Paintings Now
​
To see & read
​Tap ﻿HERE﻿
FOSTERING BRASS CHAMBER MUSIC

The score and parts for Rudy Shackelford's Nighthawks for brass quintet, along with the entire ABQ music library, are available for research and performance from the Oberlin Conservatory of Music Library.
Direct access to the Annapolis Brass Quintet Special Collection @ Oberlin
Tap Here​
Proudly powered by Weebly