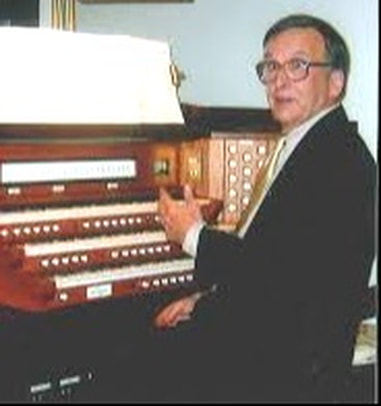 RUDY SHACKELFORD; COMPOSER, ORGANIST
Rudy Shackelford (b. 1944) studied composition at Virginia Commonwealth University and the University of Illinois.  From 1971 he has been a freelance composer and writer with residencies at Yaddo, the McDowell Colony, and the Ossabaw Island Project.  In 1977, on a Rockefeller Foundation grant, he was a fellow of Villa Serbelloni, Bellagio, Italy.
​
​Shackelford has received commissions from the Hartt College International Contemporary Organ Music Festival, the Virginia Music Teachers' Association, and the Cleveland Museum of Art.  His music has been published by Boosey & Hawkes and Edizioni Suvini Zerboni; Dallapiccola on Opera, edited and translated by Rudy Shackelford, was published in 1987 by Toccata Press, London.

INFOLIATIONS (1987) was commissioned by the Brass Chamber Music Society of Annapolis for performances by the Annapolis Brass Quintet and the Naked Feet Dance Company.

The following program note is by composer Rudy Shackelford.
INFOLIATIONS for brass quintet is the sequel to EXFOLIATIONS, a set of suite variations for guitar composed in 1986.  Both works are based on the Folia, a dance which evolved from one "mad" or "empty-headed" character accompanied by the five-course guitar and sonajas (metal disks attached to a wooden ring) that flourished in Spain and Italy ca. 1575 - 1675, to the slow, dignified type popular mainly in France and England ca. 1675 - 1750.  Here the Folia consists of an original 16-bar melody superimposed on the harmonic framework of Corelli's famous violin sonata called La Follia.

I - V - I - VII - III - VII - I - V - I. This succession of chords happens to be a palindrome, a phenomenon that fascinated me as a composer but was apparently not noticed--or considered worth remarking--by the expert author of the article on the Folia in Grove's Dictionary of Music and Musicians.

In any case, having stripped away the Corelli tune and substituted my own at the beginning of EXFOLIATIONS (title drawn from the Latin ​exfoliare, ​to strip of leaves), I devoted the rest of this work to peeling off that melody as well and to developing its motivic implications.  Thus "exfoliate" in the figurative sense: to unfold the leaves of, to open out, to develop.  The process is then reversed throughout INFOLIATIONS as though the film of a catastrophe were run backward.  The end result is a restoration of the Folia melody with Corellian harmonic underpinning intact.  Therefore, "infoliate" (a rare verb, found only in the Oxford English Dictionary): to put on leaves, to become leafy.*

Along the way, with the Folia was a milestone, the history of dance forms from the 14th through the 17th centuries is chronicled:  Sarabande (after Bach) and Bergamasca (Frescobaldi) appear in EXFOLIATIONS: Intrada (Schein), Estampie (anonymous), Pavane (Robert Johnson, arranged by Giles Farnaby), and Galliard (Frescobaldi once more), in INFOLIATIONS.  Each of the works closes with a large-scale variation movement, respectively Chaconne and Diferencias (on the famous basse danse tenor "The King of Spain").

The score and parts for Rudy Shackelford's INFOLIA​TIONS, along with the entire ABQ music library, are available for research and performance from the Oberlin Conservatory of Music Library.
For direct access: ABQ Special Collection @ Oberlin Conservatory Library
Tap Here
Proudly powered by Weebly