FOSTERING BRASS CHAMBER MUSIC
The Quintet toured Europe annually from 1975 through 1993.  In 1976 they performed the first major concert by a brass​  ensemble  in Vienna's Brahmssaal - considered a milestone for brass chamber music in Europe. In 1978 the ABQ won the Critic's Award in Munich for their performance of Elliott Carter's Brass Quintet.  On its European tours the Quintet performed with the Bavarian Radio Symphony, the Stuttgart Philharmonic, and the Dublin Radio Orchestra.  The Annapolis Brass Quintet held residencies at the Festival des Cuivres in Dijon, the Innsbruck Conservatory, the American Institute of Musical Studies in Graz, Austria, and the Vestfold Sommerakademie in Norway.

As cultural ambassadors for the United States, the Quintet was engaged by the US State Department to perform in Taiwan, the Philippines, Sri Lanka, Hong Kong, India, Egypt, and Tunisia on multiple tours in the 1980s.

In 1980 the ABQ established the International Brass Quintet Festival (IBQF) in Baltimore, an annual month-long summer festival where the ABQ invited top professional brass quintets from the United States and Europe to perform as guests. The IBQF was recognized as a major forum for brass chamber music, presenting over 200 free public concerts and workshops for students and professional brass players.  In 1989, the ABQ made history by arranging the first meeting and combined performance of the East Berlin and West Berlin Brass Quintets, three months before the fall of the Berlin Wall.
​
Among the music festivals on which the ABQ appeared are the Barcelona Festival in Spain, Carinthischersommer in Austria, the Festival of American Music in Portugal, the Lille Festival in France, the Chautauqua Festival, the Bar Harbor Chamber Music Festival, and the Rockport Chamber Music Festival.

Exploring new opportunities for brass chamber music, the Quintet teamed with jazz legend Charlie Byrd to create a performance blending the two worlds of classical music and jazz.  This successful collaboration, known as “Byrd and Brass,” was performed nationally on dozens of national tours and on two recordings.

Through close to one hundred commissioned works, hundreds of education workshops, music festivals and masterclasses, the ABQ influenced the next generations of brass players and established brass chamber music as a serious genre on the international stage.  Robert was also the lead researcher of five-part early music, which led to his discovery of Renaissance works he transcribed for the ABQ, which were subsequently published and have become staples in the brass repertoire.  The ABQ’s music collection, including many commissioned works and unpublished manuscripts, is now housed in the Special Collections library at the Oberlin Conservatory of Music.

In commemoration of the Annapolis Brass Quintet's final concert, Maryland Senator Barbara A. Mikulski congratulated them on the floor of the U.S. Senate.  Her tribute read: In recognition of the contributions that the Annapolis Brass Quintet has made to brass chamber music.  During the ABQ’s 22-year history, it has entertained people around the world and has positively influenced the development of its genre. Its members have achieved a truly high standard of artistic excellence and, together, represent what is best in American music.
​
Robert, who was known to his family and friends as Rip, was born January 24, 1945 to Grace Plunkett Posten King in Scranton, PA and grew up in East Stroudsburg, PA.   At the age of seven Robert began playing the trombone.  He graduated from East Stroudsburg High School, where he was later installed in the Music Hall of Fame.  For two years he attended Lafayette College on an engineering scholarship and in 1967 graduated from Lebanon Valley College with a degree in music education.  From 1967 to 1971 he served in the U.S. Naval Academy Band.

In addition to his reputation as a consummate musician and mentor, Robert was known as a skilled tennis player, world traveler, and self-taught sailor, craftsman, remodeler, and scholar of William Shakespeare, James Joyce and David Foster Wallace.  A resident of the Annapolis area for over fifty years, he was a devoted husband and father and was active in his beloved community of Pines on the Severn.  Once appointed “czar” of the neighborhood dumpster days, he turned it into much-loved and anticipated annual event.  Robert was also active in the Chesapeake Youth Symphony as a board member and coach of the brass section.

Robert is survived by his wife Ellen Bungay-Posten of Pines on the Severn, his daughter Anne Posten and son-in-law Christoph Roeber of Berlin, Germany, and his sister Maude Parry of Ebro, FL.  He will be remembered by all who knew him for his huge heart, his gentleness, his contagious laughter, and his integrity.  In his memory, donations can be made to the Hospice of the Chesapeake, the Chesapeake Youth Symphony Orchestra, or your preferred arts organization.
​
A celebration of Rip's life was held in Annapolis on September 24, 2022 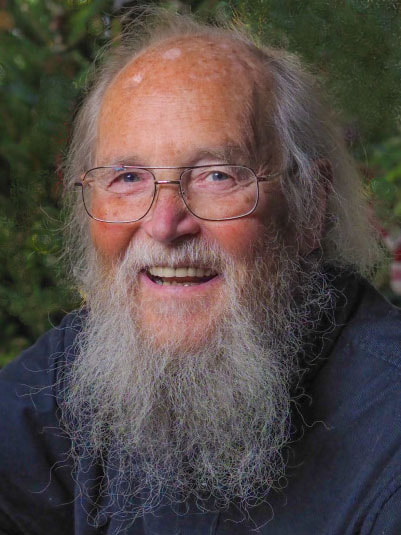