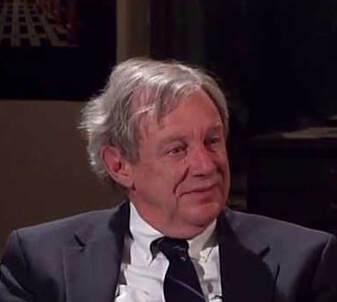 Elam Ray Sprenkle
Elam Sprenkle, was born to a family rooted In the Mennonites of southern Pennsylvania. That explains his Biblical first name...more difficult is finding the wellspring of his versatility.  A teacher of music history, theory and ideas at the Peabody Conservatory and Johns Hopkins University, a choir director, ​a WBJC FM radio veteran favoring facts to opinions, an admirer of American creativity, a baseball fan straining for the Orioles' first pitch, and a Civil War student unable to shake his upbringing near Gettysburg.  But all of this would become secondary when Sprenkle drops the Ray and signs his name. That means he's finished another composition as ​Elam Sprenkle, one of Maryland's foremost composers.
​

​ American poets inspire this Renaissance man
Robert Frost - John Townsend Trowbridge - Emily Dickinson - Walt Whitman
​___________________________
Walt Whitman's Crossing Brooklyn Ferry is a poem about a man taking the Brooklyn ferry home from Manhattan at the end of a working day. It is one of Walt Whitman's best-known and best-loved poems because it so astutely and insightfully argues for Whitman's idea that all humans are united in their common experience of life.

About his work  Sprenkle said, "I put myself in the right mode, I get ideas. Once I have a musical idea, it doesn't vanish. I work it out from beginning to end as scraps in my head and on the piano. Then I sit down and in one burst, three or four hours a day, I write it. That's the burdensome part. I put 'Birches' down in September and October. It's the best one I've done in awhile, the tightest."  'Birches,' 50 pages, more than 1,000 bars and about 30 minutes long, is the latest Sprenkle piece inspired by an American writer. Emily Dickinson poems prompted a memorable musical tableau.  I think in American arts and letters, a running thread is the very direct, straightforward speech."
"Poets like Frost and Dickinson remind me of what Auden said:
"Take common words and say uncommon things."
________________________________________________________
​Above notes from " American Poets Inspire this Renaissance Man" March 07, 1991 | By Ernest F. Imhoff, Evening Sun Staff
< BACK
Proudly powered by Weebly