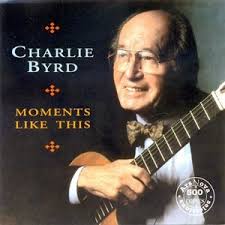 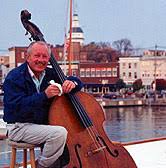 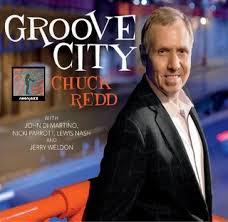 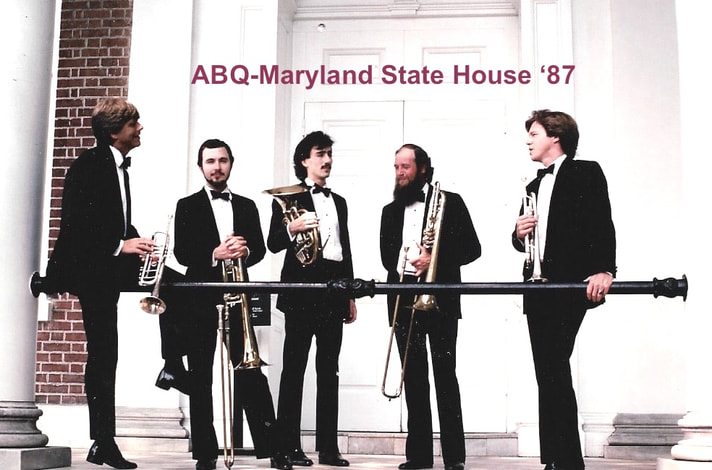 First Collaborative Performance
April 28, 1985
A note of thanks from the ABQ
We thank former Naval Academy Band trumpeter Nathan Wilensky for providing us with the following recordings
which he had taped from the 1985 WBJC FM broadcast of this concert.
​The ABQ is especially grateful to have a recording of the world premiere of "Byrd & Brass" by Warren Kellerhouse.
And now, we invite you to listen to a sampling from this historic concert:  "Salutations" by Jack End for brass quintet; "Spanish Renaissance Suite" in a setting for guitar & brass; and the ANNAPOLIS BRASS QUINTET & CHARLIE BYRD TRIO world premiere of C. Warren Kellerhouse's "Byrd & Brass" written especially for this performance.
SALUTATIONS
by JACK END
for brass quintet
​ Slowly & Briskly
Read More: Jack End​

To hear Salutations ​TAP > AUDIO BAR BELOW
(There may be a 10-20 second delay before sound begins.)​​
SPANISH RENAISSANCE SUITE
Guitar & Brass

To hear Byrd & Brass TAP > Audio Bar Below
(There may be a 10-20 second delay before sound begins.)​

The composer offers the following notes.

​Byrd and Brass is a suite in three parts for brass quintet, jazz guitar and rhythm.

​The first part, "Bossa Nova," is a lyrical medium tempo piece in A minor, employing the Brazilian rhythmic theme that is the basis of many Latin/rock Bossa Nova and Rockanova tunes.  The basic feeling of "2" is an ideal, unencumbered vehicle for jazz improvisation, realized here by the guitar.  The ensemble introduces the theme (AABA), and the guitar develops it in the improvisational sections.

The second part, "Nostalgia," is a slow melody, bitonal piece in 3/4 pitched in B flat major.  The melodic ideas developed contrapuntally by trumpet and guitar are supported by a harmonic framework based on shifting tonal centers.  The piece ends on a rather ambiguous D flat sonority, standing in dominant relationship to the third section, and the ensemble restates it ending quietly on an A minor major seventh sonority.

“Bright Samba” in a very fast “2” features guitar and horn stating the theme, followed by an extended improvisational section performed by guitar, bass and drums.  Guitar and horn in unison then trade comments with the remainder of the ensemble, and all forces join to finish the suite in a dramatic climax.
​
Read More: C. Warren Kellerhouse
POSTING PREVIEW
April 25, 2020
​
BYRD & BRASS Concert - January 27, 1987 - Reston, Virginia
Live Broadcast on ​National Public Radio
Jazz in Performance Series