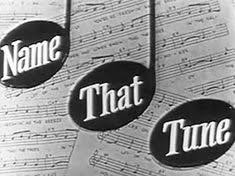 Just for the fun of it . . .
Perhaps one of you can help us identify a beautiful work for brass quintet.  Those of us who were with the Annapolis Brass Quintet in 1977 and performed this piece in Detroit, cannot recall its title or composer.

Name That Tune . . . and win a first edition digital CD of the ABQ's first two LPs.
(see details below)

This following 9 minute--50 second recorded work was performed as part of a
1977 concert in Detroit, Michigan
by the
ANNAPOLIS BRASS QUINTET
Robert Suggs, trumpet
David Cran, trumpet
Arthur LaBar, horn
Martin Hughes, trombone
Robert Posten, bass trombone
​
To listen to this 1977 performance
TAP > Below
(There may be a 10 to 20 second pause before sound begins.)
​Duration 09' 50"
If you know this work, please email its title, composer and substantiating material (programs, publication info, recording info, etc.) to:  ABQ c/o drussellcran@gmail.com.

The first person responding with the correct title, composer and duly substantiating information will receive a first edition, signed copy of Crystal Record's soon to be released digitized CD "Quintessence" comprised of all works on the ABQ's  first and second Crystal LPs from 1974 and 1976. 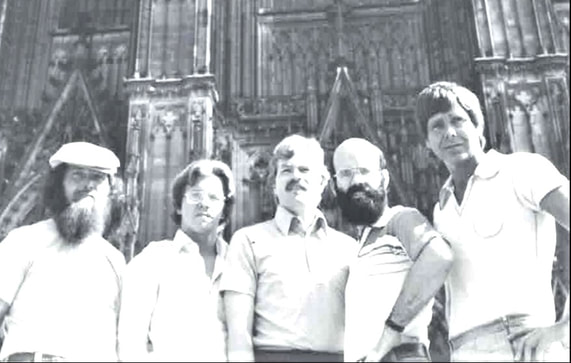 1977 (L to R) Robert Posten, Robert Suggs, Martin Hughes, Arthur LaBar, David Cran
For those too young to remember...
Name That Tune was an American television music game show. Originally created and produced by orchestra conductor Harry Salter and his wife Roberta Semple Salter, the series featured contestants competing to correctly identify songs being played by an on-stage orchestra or band.  Name That Tune premiered on the NBC Radio Network in 1952, where it aired until 1954 and made the move to television in 1953 on the same network. CBS picked up the television series in the summer of 1953 and carried it through 1959.
​
A short-lived revival for syndication followed in 1970 with Richard Hayes as host, but a second revival in 1974 was much more successful. Airing weekly, the 1974 syndicated offering used a new show format and, beginning in 1976, offered a top prize of $100,000 to a lucky champion (after which the show became known as The $100,000 Name That Tune). Tom Kennedy  hosted this series, which ran until 1981 and began airing twice weekly during its final season.
Proudly powered by Weebly