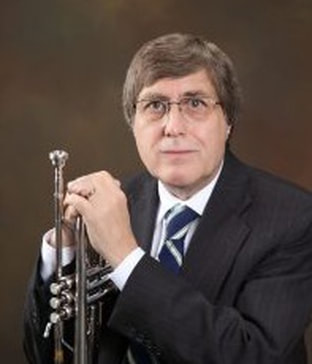 Allen Walter Molineux, an American
​composer, was born on May 6, 1950 in Upper Darby, Pennsylvania. He received a B.M. degree from DePauw University, an M.M. in composition from the Eastman School of Music and a D.M. in composition from Florida State University, where his teachers were, respectively, Donald H. White, Warren Benson and John Boda. In addition, he attended the Lukas Foss Workshop at Indiana University in 1981, Gunther Schuller’s 1986 Atlantic Center for the Arts Workshop and Pierre Boulez’s Carnegie Hall Workshop in 1999.

Duration: (03:19) ​
​To listen Tap > Below:
​(There may be a 10 to 20 sec. delay before sound begins.)
Allen Molineux first taught in public schools for three years and joined the faculty at Atlantic Christian College in 1977.  From 1988 to 2006 he taught at Chipola College and finished his final three years of full-time teaching as both professor of music and department chair at Claflin University.

Duration: (10:29)
​To listen Tap > Below:
​(There may be a 10 to 20 sec. delay before sound begins.)
​Allen Molineux has received many composition awards: Seven Shorties, a brass sextet by Molineux, was awarded the 2014 Grand Prize for the Humboldt State University Brass Chamber Music Workshop Composition Contest. His orchestral work Trifles was the winner of the Tampa Bay Symphony’s first composition contest, receiving three performances by them in 2017. His work Zappy for brass quintet and three percussionists was chosen as the winner of the Percussive Arts Society’s 2017 composition contest. In 2019, his Something Unsettled for trumpet and piano was the winning submission in Category I for the 2019 McMurry New Music Project, and Tears of Ramah was the first place winner of the Hillcrest Wind Ensemble Composition Contest. Tears of Ramah was performed by the University of Louisville’s Wind Ensemble at the College Music Society’s 2019 National Conference.

​Duration:  (03:00)
​To listen Tap > Below:
​(There may be a 10 to 20 sec. delay before sound begins.)
Allen Molineux writes about his works for brass quintet.
March 9, 2021
"My attraction to brass quintets began when, in high school, I attended a concert by the New York Brass Quintet.  Shortly thereafter I started both to acquire records of brass quintets and to compose.  The two merged when I went to graduate school at Eastman.   There, at my first formal meeting with Warren Benson, who had perused my prior undergrad pieces, he declared that my music was too easy to interest professional players and so, for my first piece with him in 1972 I wrote Encounter. Within a year or two after its premiere, it was published by Shawnee Press and a few years later the Annapolis Quintet recorded it. Almost 50 years after its inception, this work has continually stayed in print.

I don't remember why I wrote Scherzo Eccentrico back in 1987.  I believe it was just the thought of creating a crazy, pandemonium type of work that motivated me.
​But I do know that I wrote my largest and most challenging brass work Maneuvers specifically for the Annapolis Quintet and was fortunate to be able to attend their premiere of it in 1985...

Since then, I have composed two more works for the medium:  Lachrymal (1992),  which is a memorial piece motivated by the passing of my father, and Soulful Songs (2015) that has a more relaxed, quasi-Americana feel as my harmonic language has, at least for some pieces, mellowed."
​~ Allen Molineux (March 9, 2021)
FOSTERING BRASS CHAMBER MUSIC

The score and parts for Allen Molineux's Encounter, Scherzo Eccentrico and Maneuvers  for brass quintet, along with the entire ABQ music library, are available for research and performance from the Oberlin Conservatory of Music Library.
Direct access to the Annapolis Brass Quintet Special Collection @ Oberlin
Tap Here
Proudly powered by Weebly