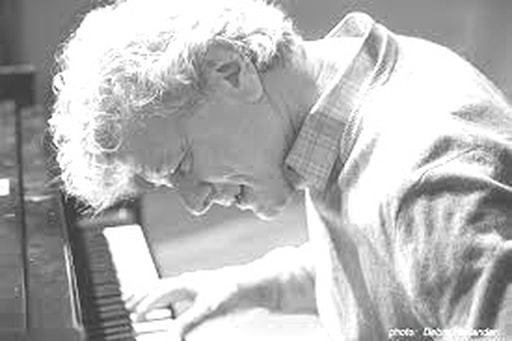 JERZY SAPIEYEVSKI - COMPOSER, TEACHER, PERFORMING ARTIST
JERZY SAPIEYEVSKI (b. Lodz, Poland, 1943) graduated from the State Advanced School of Music and continued studies at the Conservatory of Music in Sopot.  In 1967 Sapieyevski took  up permanent residence in the United States where he was a Koussevitsky Fellow, Composer-in-Residence at Wolf Trap, and Professor of Music at American University in Washington, D.C.

AESOP SUITE was jointly commissioned in 1983 by the BCMSA and the Annapolis Brass Quintet and received its world premiere on the April 1983 Brass Chamber Music Society Artists series by the ABQ and John McDonough, narrator.
​
In the composer's words:  I like 'magic' in music, but I also like music's influence on the human spirit, and Aesop's fables seemed an excellent means of converting this influence.  The piece is centered on several motifs that are 'comments' on each fable.  One might hear the piece as a dialogue between the narrator and the ensemble.

To listen to this performance
Tap > Below
(There may be a slight pause before sound begins.)

"Everybody in, nobody out!”   These were words the renowned D.C. concert impresario and Washington Performing Arts Society founder Patrick Hayes lived by.

An innovative man with unconventional ideas, Hayes believed the arts were for everyone in the community—a source of inspiration and a force for unification.  Born in New York City in 1909, Hayes began his career as an aspiring actor on the New York stage before turning to arts administration, organizing concert series around the country for the NBC Artists’ Bureau. In 1941, he relocated to Washington, D.C. to become the manager of the National Symphony Orchestra. World War II intervened, however, and Hayes was drafted into the Navy, serving from 1943-1946.

After Patrick Hayes' service discharge, he rejoined the NSO but left in 1947 to form his own presenting organization, the Hayes Concert Bureau. The new organization was founded with the philosophy of presenting the best in the performing arts, of introducing up-and-coming artists, and of fulfilling a commitment to inclusion. In 1949, Hayes also began hosting a Sunday afternoon radio show on WGMS called People and Events in the World of Music—a program that turned Hayes into a popular radio personality and enjoyed a run of some three decades.

In 1966, Hayes decided to convert his for-profit presenting organization into a nonprofit organization, the Washington Performing Arts Society (WPAS)—one of the first such institutions of its kind.  Hayes: Read More
FOSTERING BRASS CHAMBER MUSIC

The score and parts for Jerzy Sapieyevski's Aesop Suite, along with the entire ABQ music library,
​are available for research and performance through the Oberlin Conservatory of Music.
For direct access to the Annapolis Brass Quintet Special Collection at Oberlin
Tap Here
Proudly powered by Weebly