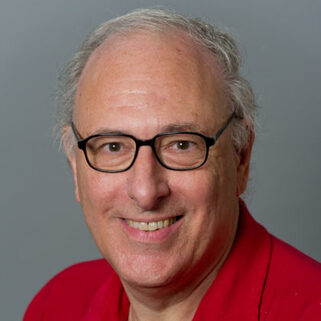 Kenneth Cooper, harpsichordist, pianist, musicologist and conductor, is one of the world’s leading specialists in the music of the 18th century and one of America’s most exciting and versatile performers.

​Renowned for his improvisations and his expertise in ornamentation--long-lost 18th century arts—he has revived countless musical works, lending them extraordinary authenticity as well as great vitality. The possessor of a Ph.D. in musicology from Columbia University, Kenneth Cooper is on the faculty there as well as at Manhattan School of Music, where he is chair of the harpsichord department and director of the Baroque Aria Ensemble.  READ MORE
ABQ ARTIST SERIES
January, 18, 1987

To think of an entire program for harpsichord and brass quintet may sound like an impossible task given the inherent dynamic differences between the instruments.

But when the collaborator is Kenneth Cooper, a skilled composer and arranger in addition to being a versatile virtuoso harpsichordist who is known for thinking outside the box, it became an enlightening and entertaining enterprise.

Baroque music being the customary domain for the harpsichord, Kenneth Cooper arranged the following two works from that period:

HENRY BRANT:  DIVINITY
"Dialogues in the Form of Secret Portraits" 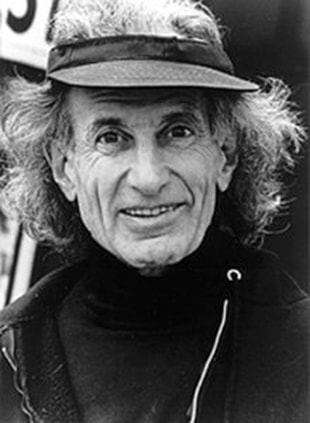 Known as a pioneer of 20th century spatial composition, Henry Brant was awarded the Pulitzer Prize in Music in 2002 for his Ice Field.

He was born in Montreal in 1913 and began composing at the age of eight.  He studied at the McGill Conservatorium (1926-29) before moving to New York where he attended the Juilliard.

At the age of nineteen Brant was the youngest composer included in Henry Cowell's landmark book from 1933, American Composers on American Music, and Cowell praised Brant as "a musician with knowledge, technique, original ideas, feeling, something to say, and courage."

Brant composed, orchestrated, and conducted for radio, film, ballet, and jazz groups. The stylistic diversity of these early professional experiences would also
contribute to the manner of his mature output, and his years of exploration with spatial music as expressed in Brant's seminal essay of 1967, "Space is an Essential Aspect of Musical Composition."  READ MORE
Here and there, a composer such as Elliott Carter has successfully used the harpsichord by exploiting its very differences from today's modern instruments.  Henry Brant succeeds that way too, in his deliciously quirky Divinity, an amusing study in contrasted sonorities subtitled "Dialogues in the Form of Secret Portraits," so we had to include that piece.
​
HENRY BRANT'S DIVINITY
"Dialogues in the Form of Secret Portraits"
Duration: (10:31)

To listen Tap > Audio Bar Below
(There may be a slight delay before sound begins.)
Henry Brant enjoyed a long, varied and distinguished career which developed along traditional lines until 1950 when he began two explore the possibilities of spatial music.  By 1960 he was experimenting with writing for unconventional instruments (ceramic flute, double ocarina, sirens, buzzers and bells, and added elements of theater to his work, with such extra-musical aspects as lights, fireworks and stage directions.  Through all however, Brant's interest in spatial music never waned, and it is this characteristic of his work for which he is best known and admired.

The score to his Divinity is prefaced with a page of explicit performance instructions which detail the spatial plan.  His belief in the central importance of the spatial realization of the work may be inferred from the terse comment that "the above prescriptions for positioning players are not optional, they are obligatory."

The harpsichord player is onstage while the brass players are positioned at widely separated points throughout the hall. At some point the hornist joins the harpsichordist onstage for some closer harmony because the harpsichord is the solitary moderator.  The other four brass, taking up ideas the harpsichord throws out for discussion, mostly mutter and grumble in pungent sonorities of counterpoint, often in a quasi-vocal style.  And, at times, over sustained trumpet and trombone moans, the harpsichord indulges in baroque-style melodies.
Kenneth Cooper has an affinity for ragtime music.  For our concerts together he wrote 78 rpm Rag for brass quintet​.  It is a humorous attempt to depict what an old time recording played on a Victrola with a skipping needle might have sounded like.