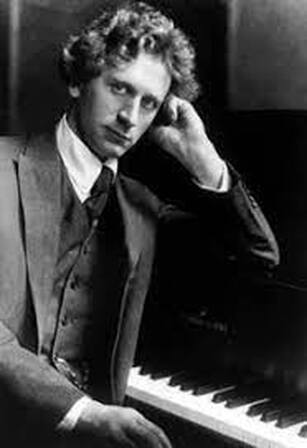 Percy Aldridge Grainger was born in Melbourne, Australia, in 1882, the son of architect John Grainger and Rose Aldridge. His parents separated in 1890, and for much of his life it was just Percy and Rose. She was a domineering, overly protective mother who had high artistic expectations of her only child, engaging private tutors to instruct him in music, art and literature. He showed a gift for languages and ultimately was able to speak eleven of them, including Icelandic, but music is where he excelled. He gave his first public recital in 1894 and was declared a prodigy, whereupon Rose decided he needed to study in Europe if his talent was to be nurtured properly.

​Percy Grainger lived in the United States from 1914 and became an American citizen in 1918. He was a megastar of the European, North American and Australian stage, commanding huge fees and attracting sell-out audiences for his concert piano performances. His most famous work, an arrangement of the folk song Country Gardens, broke its publisher's sales records for 75 consecutive years.
Annapolis Brass Quintet
at
Dumbarton Concerts
​
February 23, 1991
Georgetown, Washington, DC 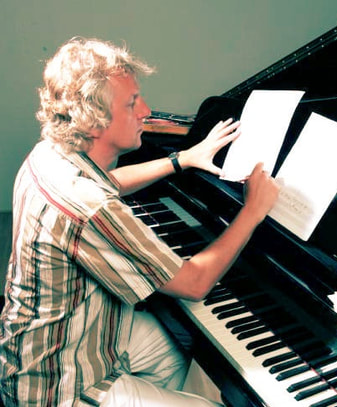 Jan Van der Roost was born in Duffel, Belgium, in 1956. At a very young age he was introduced to the prominent names in the concert band, fanfare band and brass band repertoire, which inspired him to put something on paper himself. He studied trombone, music history and musical education at the Lemmensinstituut in Leuven (Louvain). He continued his studies at the Royal Conservatoires of Ghent and Antwerp, where he qualified as a conductor and a composer.
​
Jan Van der Roost currently teaches at the Lemmensinstituut in Leuven (Belgium), is special visiting professor at the Shobi Institute of Music in Tokyo, guest professor at the Nagoya University of Art and guest professor at Senzoku Gakuen in Kawasaki (Japan). Besides being a prolific composer, he is also very much in demand as an adjudicator, lecturer, holder of clinics and guest conductor. His musical activities have taken place in more than 45 countries in four continents and his compositions have been performed and recorded around the world.

Duration: (04'14")
This suite written in 1989 by Jan Van der Roost is based on authentic folktunes from Provence in southern France.

1.  Un Ange a Fa Crido
(An Angel Brought the Creed)
2.  Adam e sa Coumpagno
(Adam and His Companion)
3.  Lou Fustié
(The Carpenter)
​
FOSTERING BRASS CHAMBER MUSIC
​
The score and parts for the Percy Grainger Suite and the Suite Provençale, along with the entire ABQ music library, are available for research and performance from the Oberlin Conservatory of Music.