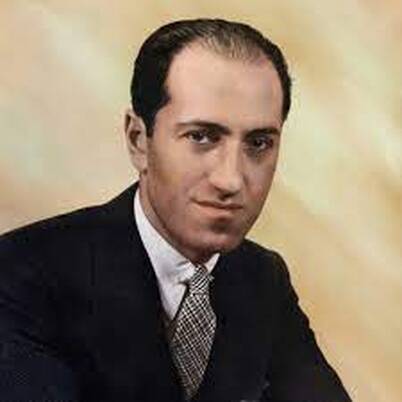 George Gershwin, (born September 26, 1898, Brooklyn, New York; died July 11, 1937, Hollywood, California) was one of the most significant and popular American composers of all time. He wrote primarily for the Broadway musical theatre, but important as well are his orchestral and piano compositions in which he blended, in varying degrees, the techniques and forms of classical music  with the stylistic nuances and techniques of popular music and jazz.


George Gershwin's Cuban Overture was first titled Rumba and was premiered in August 1932 at the first all-Gershwin concert at New York’s Lewisohn Stadium for a cheering crowd of 18,000 people, with a reported 5,000 turned away. “It was,” Gershwin later said, “the most exciting night I have ever had.”

Gershwin prepared a short analysis of Rumba in which he said "the composition was inspired by a short visit to Havana…and I endeavored to combine the Cuban rhythms with my original thematic material."   The result is a symphonic overture which embodies the essence of the Cuban dance. On the title page he indicated that the players of the four Cuban instruments (claves, maracas, guiro, and bongos) should be placed right in front of the conductor’s stand.

Had Gershwin lived longer than his 38 years the Cuban Overture might have become a signpost on the way to a greatly advanced compositional style. The piece is both characteristic Gershwin and Gershwin in transit. No one hearing it would question who the author is, yet it is apparent that the familiar fingerprints of the infectious rhythms (this time rumba) and distinctive bluesy melodic strains are guided by a considerably more sophisticated and learned hand than the one that had etched the early symphonic/jazz works.
- Program Note by Orrin Howard
Heidi Lehwalder, Harp;
​Robert Suggs, Trumpet; David Cran Trumpet;
Wayne Wells, Trombone; Arthur Brooks, Horn;
​Robert Posten, Bass Trombone
This 1986 summer performance took place in the outdoor patio-gardens of Baltimore's Carroll Mansion as part of the International Brass Quintet Festival.  The arrangement of Gershwin's Cuban Overture for harp and brass quintet was done by composer/arranger Geoffrey Bergler especially for this performance.
To listen tap > below
(There may be a slight delay before sound begins.)
We also invite you to listen to Sonic Sequence by American composer Alvin Etler who was born in Battle Creek, Iowa, in 1913.

The score and parts for Geoffrey Bergler's setting of Gershwin's Cuban Overture for harp and brass quintet, along with the entire ABQ music library, are available for research and performance from the Oberlin Conservatory of Music Library.
Direct access to the Annapolis Brass Quintet Special Collection @ Oberlin
Tap Here​​
Proudly powered by Weebly