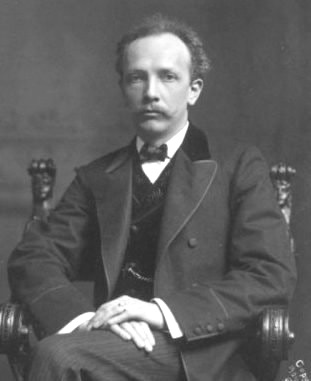 RICHARD STRAUSS: CONDUCTOR, COMPOSER
Richard Strauss (1864 – 1949) ​was already a well-known composer and conductor when he wrote Feierlicher Einzug der Ritter des Johanniter-Ordens (Solemn Entrance of the Knights of the Order of Saint John) in 1909.

One of only a handful of his works written exclusively for winds, Strauss’ powerful, majestic Feierlicher Einzug was composed for the investiture ceremonies of the Order of St. John, a Christian military order that was founded in Jerusalem in 1023 to care for poor, sick, or injured pilgrims journeying to the Holy Land.

​Strauss scored Feierlicher Einzug for a large ensemble of fifteen trumpets, four horns, four trombones, two tubas and timpani. Strauss saw enough potential in its stately character and majestic conclusion to produce a version for symphony orchestra with organ, and it has been arranged for a variety of brass ensembles with or without organ since then.
Chamber Music Society of St. Cloud, Minnesota

To listen Tap >Audio Bar Below
Duration: (04:45)
(There may be a slight delay before sound begins.)
​Michael Barone's Pipedreams is the only nationally distributed weekly radio program devoted to pipe organ music.  Barone joined the staff of St. John’s University Radio as Music Director directly out of college, not realizing that his position would evolve into a lifelong career.

​By 1970, the station went independent of St. John’s University, on its way to becoming Minnesota Public Radio, and Barone took the opportunity to launch a weekly program of organ music. The show continued to develop, and in 1982 it became the nationally syndicated  Pipedreams listeners know today.
<TAP TO HEAR OTHER WORKS POSTED TODAY>
FOSTERING BRASS CHAMBER MUSIC

The score and parts for Richard Strauss' Feierlicher Einzug, along with the entire ABQ music library,
​are available for research and performance from the Oberlin Conservatory of Music.
For direct access to the Annapolis Brass Quintet Collection @ Oberlin
Tap  Here
Proudly powered by Weebly