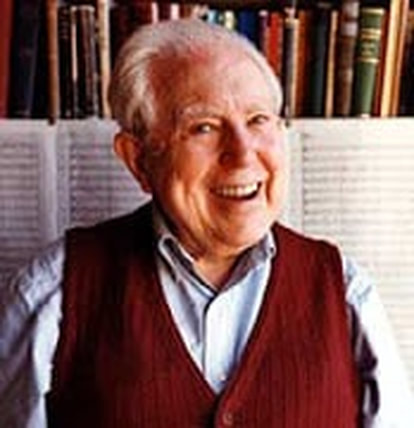 Photo 2008: 100th BIRTHDAY OF COMPOSER ELLIOTT CARTER
Elliott Carter was one of the most respected composers of the second half of the 20th century. He blended the achievements of European modernism and American “ultra-modernism” into a unique style of surging rhythmic vitality, intense dramatic contrast, and innovative facture.

Carter was born into a prosperous New York family. Its business, founded by his grandfather, was lace importing, and much of Carter’s childhood was spent in Europe. He spoke French before he learned to read English. His parents gave little encouragement to his musical interests other than providing early piano lessons. In 1922 he entered the Horace Mann School, and it was during his time there that he developed an interest in modern music as part of his broader exploration of modernism in literature, film, and theater.   Read more
Elliott Carter's Brass Quintet (1974)
The following program note was written by Elliott Carter
The Brass Quintet was written during the summer of 1974 for the American Brass Quintet, which commissioned the work.  This group gave its premiere on October 20, 1974 at a Charles Ives Festival broadcast by the BBC from London, its American premiere at the Library of Congress on November 15, 1974, its New York premiere at Alice Tully Hall on December 15, 1974, and has recorded the work for Columbia Records.  This quintet, rather than employing all the resources of color possible with modern mutes for the brass, relies primarily on linear material, textures, and the instrumental virtuosity for which the American Brass Quintet is notable. (Program note continues after audio bar below)
Annapolis Brass Quintet
Robert Suggs, trumpet; David Cran, trumpet; Arthur LaBar, horn;
Martin Hughes, trombone; Robert Posten, bass trombone

Duration: (17:41)
To listen TAP >audio bar below
(There may be a 10-20 second delay before sound begins.)
The music being almost constantly multilayered, as is my Second String Quartet, separates the players by individualizing their parts, but not completely, because each instrument shares parts of its repertory with one of the others.  The first trumpet, for instance, near the beginning plays in a trio with the second trumpet and tenor trombone featuring the minor sixth light, irregular chords of which the character and interval become part of the repertory of the three participating instruments.

​A bit later, the first trumpet plays another trio with the horn and bass trombone that features fanfares and quiet majestic music based on the perfect fifth, which then become part of the repertory of these three instruments. The horn, which has the largest repertory of all, however also frequently uses the augmented fourth which it does not share with any of the other instruments.

All of the contrasting characters and their related musical materials form a multilayered piece planned along the following pattern: Every third (that is, the first, fourth, seventh, etc.) of its overlapping 19 short sections is a brief five-part quodlibet in which the instruments oppose each other with contrasting parts of their individual repertories. Between these is a dup preceded or followed by a trip in which two or three instruments join in music of similar character. Each dup and trip has a different instrumentation.

The general plan is interrupted midway through the work by a relatively extended unaccompanied horn solo which is cut off by angry octaves from the others. The slow music which began the piece and forms the background of the first three quodlibets is abandoned after the last of these, only to return in extended form near the end. The entire work, in fact, can be heard as one long, slow movement with interruptions.
~ Elliott Carter

While the aural and visual quality of the above recording is not ideal, it is the only video version we know to exist online and thus could give some clues to other quintets who might be intimidated as to how the individual parts could come together.  ​Specifically, it shows how Carter's use of metric modulation--which results in mathematically determined tempo changes--is shown by the frequent trading off among the various quintet members of leadership in dictating the beat.

We were always aware that any public performance of this work would require an audience that was very open to challenging contemporary music, but we feel that the process of learning it and spending the time to put it together was worth the effort and helped us to grow considerably as an ensemble.  Ultimately we came to see not only the incredible workmanship in its creation, but also in its dramatic and expressive musical qualities.
The score and parts for Elliott Carter's Brass Quintet, along with the entire ABQ music library, are available for research and performance from the Oberlin Conservatory of Music Library.​
For direct access to the Annapolis Brass Quintet Collection at Oberlin
Tap HERE

FOSTERING BRASS CHAMBER MUSIC
​We are grateful to Bavarian Radio
for allowing the Annapolis Brass Quintet Forum exclusive rights to publish this recording
of Elliott Carter's  Brass Quintet ​as an audio stream solely for non-commercial purposes on this website.
This Bavarian Radio recording is not to be downloaded.
Proudly powered by Weebly