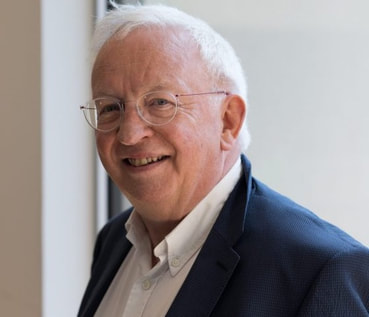 Edward Gregson was born in Sunderland, County Durham, England in 1945. He graduated from London’s Royal Academy of Music in 1967, having studied piano and composition with Alan Bush, and then completed a B. Mus. degree at London University.

He is a composer of international standing whose music has been performed, broadcast, and recorded worldwide. He has written orchestral, chamber, instrumental and choral music.

Gregson's chamber music has been performed and recorded by groups including the Philip Jones Brass Ensemble, London Brass, the Navarra and Nightingale string quartets, the Nash Ensemble, while his music for brass bands has been performed by all the major ensembles in the world. READ MORE

"I have no hesitation in declaring Gregson to be one of the most significant British composers currently active in this country."   Robert Matthew-Walker, International Record Review, January 2011
THE ANNAPOLIS BRASS QUINTET
Robert Suggs, trumpet;  David Cran, trumpet;  Arthur LaBar, horn;
Tim Beck, trombone;  Robert Posten, tuba
​San Mateo, California
April 4, 1977 performance
Duration: (10:15)
To listen TAP > Below
(There may be a 10 to 20 second pause before sound begins.)
FOSTERING BRASS CHAMBER MUSIC

The score and parts for Edward Gregson's Quintet for Brass, along with the entire ABQ music library,
​are available for research and performance from the Oberlin Conservatory of Music Library.
For direct access to the Annapolis Brass Quintet Collection @ Oberlin
​Tap Here
Proudly powered by Weebly