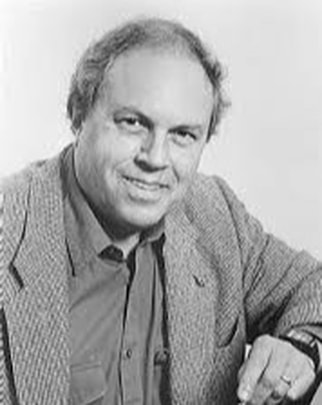 Jacob Druckman was an American composer.  A graduate of the Juilliard School, he studied composition with Vincent Persichetti, Peter Mennin, and Bernard Wagenaar.  In 1949 and 1950 he studied with Aaron Copland at Tanglewood and later continued his studies at the École Normale de Musique in Paris in 1954-55.

In 1972 he was awarded the Pulitzer Prize for his first large orchestral work, Windows, commissioned by the Koussevitzky Foundation for performances  by the Chicago Symphony Orchestra. Throughout the work, Druckman combined his own style with both aleatoric procedures and music imitative of late Debussy, in particular the orchestral ballet Jeux (1912–13).  Aware that the Chicago Symphony Orchestra programs would pair his Windows (1972) with that Debussy score, Druckman treated his commission in part as an homage to the Impressionist master.

As the New York Philharmonic's Composer-in-Residence from 1982 to 1986, he served as artistic director for the Orchestra's Horizons new music series. These concerts were watershed events in American contemporary music, focusing on The New Romanticism (a popular term Druckman is widely credited for originating) which brought together the work of composers as diverse as Amy and Adams; Babbitt and Berio; Schuller, Stockhausen and Subotnick; and Takemitsu and Del Tredici.

Through Jacob Druckman's complete and elegant mastery of instrumental and electronic means, he developed a personal musical style recognizable by its extroverted and ecstatic gestures masking an underlying mysteriousness. He often organized interactions between tonal and atonal elements in his music as a succession of theatrically violent clashes, along with bits of quoted or borrowed material. The interaction is always highly controlled, with quoted material never emerging triumphant.  Druckman taught composition at the Julliard, the Aspen Music Festival, Brooklyn College and Bard College.  He was also named the Connecticut State Composer Laureate.

​To listen Tap > Below:
​(There may be a 10 to 20 sec. delay before sound begins.)
Duration:  19'39"
The following is excerpted from Raymond Ericson's Dec. 7, 1978 New York Times review of the American Brass Quintet's Carnegie Recital Hall performance of three works by Jacob Druckman.

"JACOB DRUCKMAN's music has been turning up with increasing frequency in 1978. This may be due in part to the fact that he turned 50 this year, providing opportunities for celebrations; more likely it may just be the development that follows on the increasing maturity of a major creative artist."

"On Tuesday night there was a small Druckman festival in Carnegie Recital Hall, where the American Brass Quintet played three of the composer's pieces as part of their program, and he was present to comment briefly on them. They were Dark Upon the Harp (1961‐62), Animus I (1966), and Other Voices (1976). In the valuable perspective given by hearing these works in one evening, they seemed better the later they were written."

"...Other Voices, a four‐movement work written in our Bicentennial year for the American Brass Quintet, is simply beautiful. It embodies two elements that Mr. Druckman feels, as he said, are part of his artistic makeup.  They are an 'adoration of virtuosity' and a search 'for sounds that deal with flesh and blood rather than with the intellect.' (The composer is, of course, not against intellect.)"

"Other Voices also reflects what Mr. Druckman, if memory serves, has said at other times was a growing love of 19th‐century Romantic music. While keeping to the idioms of today, the work suggests Wagner's rhetoric, Bruckner's sonorities and Mahler's mysticism. The echoing voice of an offstage trumpet, for example, is used hauntingly."
TAP HERE
TO SEE AND HEAR LIVE PERFORMANCE VIDEOS
of
JACOB DRUCKMAN'S OTHER VOICES
and
WITOLD LUTOSLAWSKI'S MINI SUITE #2
by the
ANNAPOLIS BRASS QUINTET
TAP HERE
FOSTERING BRASS CHAMBER MUSIC

The score and parts for Jacob Druckman's Other Voices, along with the entire ABQ music library, are available for research and performance from the Oberlin Conservatory of Music Library.
For direct access: ABQ Special Collection @ Oberlin Conservatory Library
Tap Here
Proudly powered by Weebly