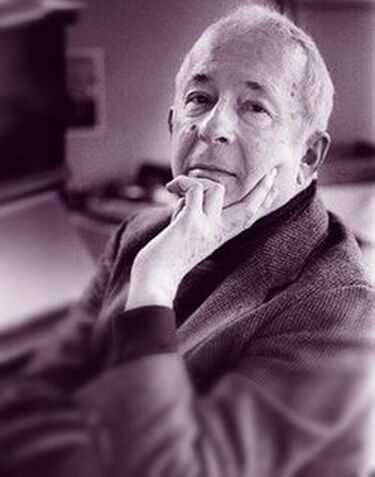 The works of composer, writer and teacher Douglas Allanbrook  are characterized by precise construction, probing inquiry, and keen wit. By the mid-1970s he had written over 40 works, including four symphonies, three string quartets, two operas, a raft full of piano music and a slew of art songs. Much of his music had been performed across the US (from Oakland, California to New York City and Washington DC), West Germany, France and Italy. He was the frequent subject of articles in the arts sections of the newspapers in Baltimore and Washington. He was worldly but not world-weary, even though he had seen the worst of war as a combat soldier in Italy during World War II. At St. John’s College in Annapolis, he had been on the faculty of its “Great Books” program since 1952.  Born and raised in the Boston area, he had a superb education, having studied with Walter Piston and I.A. Richards at Harvard, and Nadia Boulanger in Massachusetts and Paris. During his local harpsichord recitals, he displayed what he learned in postwar Italy of the Baroque keyboard masters Bach, Couperin, Scarlatti and Soler.

​When the Annapolis Brass Quintet met Douglas Allanbrook in 1975 in their own hometown, it was, to quote Humphrey Bogart in the movie Casablanca, “the beginning of a beautiful friendship.”
Before Allanbrook met the Annapolis Brass Quintet, he had not composed for a five-piece brass ensemble. However, he loved the sound of the horn, giving it some prominent passages in his Symphony no. 2 (1962). Even so, the medium of two trumpets, horn, trombone and bass trombone was a fresh field to him. During the next 15 years, he cultivated it thoroughly.   [Read More]
Invitation to the Sideshow (1980) was Douglas Allanbrook's fourth composition for the Annapolis Brass Quintet and was inspired by the painting of the same name by the French pointillist Georges Seurat.  Many of the musical ideas in this short, highly spirited work are abstracted from various forms of popular music.  Opening with a gesture of articulated trumpets and bombastic circus trombones, this sassy, sardonic piece beckons one to the sights, sounds and sensations of the sideshow.
Annapolis Brass Quintet
Bob Suggs, trumpet; David Cran, trumpet; Arthur Brooks, horn;
Wayne Wells, trombone; Robert Posten, bass trombone
​To listen Tap > Below:
​(There may be a 10 to 20 sec. delay before sound begins.)
Duration:  03'26" ​
​Night and Morning Music (1977) is a sectional piece whose parts reflect the shifting ground that lies partly in sleeping and partly in waking.  To the composer it has always seemed absurd that there is any such thing as "abstract" or "pure" music, though music is made from notes, and it is difficult to state anything in words that describe it.  These notes reflect and are built upon breath lengths and heartbeats.  When in motion they resemble locomotion.  This work is also based on the five instruments of the brass quintet.  It treats the horn as the heart and guts, and the trumpets and the trombones as the arms and legs.
Douglas Allanbrook's Night & Morning Music
as recorded by the ABQ on May 21, 1979
for Westdeutscher Rundfunk
​(WDR)  Cologne, Germany

To listen Tap > Below:
​(There may be a 10 to 20 sec. delay before sound begins.)
Duration:  12'53"  ,
Commencement Exercises (1985) was commissioned by St. John's College for its commencement ceremonies on the occasion of its 200th anniversary.  This piece has music appropriate to such an event:  fanfares, a march, and heartfelt and fervent songs.  The concluding section divides the underlying pulse into three parts, the tempus perfectus of the ancients.
World Premiere Performance
May 26, 1985
St. John's College, Annapolis, Maryland

All of Douglas Allanbrook's compositions listed above along with the entire Annapolis Brass Quintet Music Library are available for study and  performance from the Oberlin Conservatory of Music.