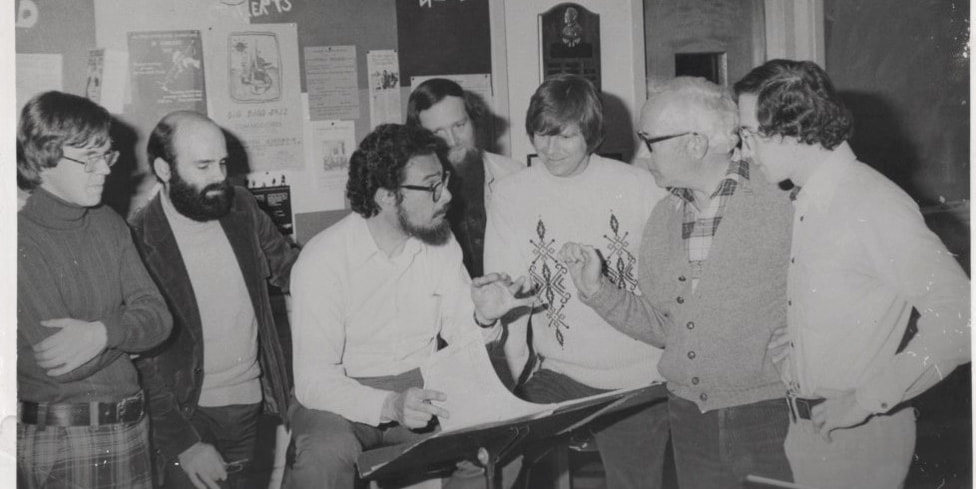 Douglas Allanbrook
Symphony No. 5
Composed in 1976 for
brass quintet and orchestra

To listen to this performance of
Douglas Allanbrook
Symphony No. 5
in four movements for brass quintet and orchestra
​(Duration: 27' 12")
Tap > Below
(There may be a slight delay before sound begins.)

Leon Fleisher (July 23, 1928 – August 2, 2020) was one of the most renowned pianists and pedagogues in the world.  Music correspondent Elijah Ho called him "one of the most refined and transcendent musicians the United States has ever produced."
To listen to the 1978 Munich, Germany
performance of
ALLANBROOK'S FIFTH SYMPHONY
by the
ABQ and the Bavarian Radio Orchestra
Tap Here
FOSTERING BRASS CHAMBER MUSIC