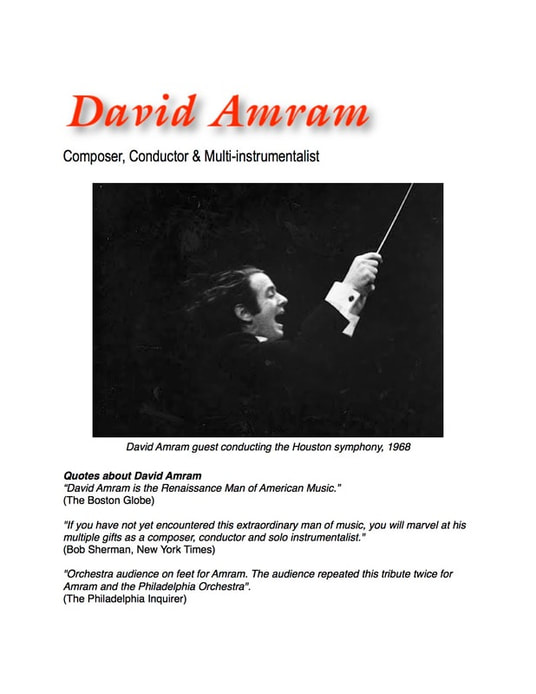 En Memoria de Chano Pozo (1977)
. . .  David Amram (b. 1930) was at the right place at the right time to join the Beat Generation of Jack Kerouac and Allen Ginsberg, and—French horn in hand—a jazz world dominated by the likes of Dizzy Gillespie, Charles Mingus, Thelonious Monk and Charlie Parker. With inexhaustible energy, Amram would make a big noise in every field of performing arts and collaborate with musicians, producers, actors and filmmakers of the widest renown. A master of numerous instruments, he arrived in New York well acquainted with music of many styles from the inside out, as is so abundantly demonstrated by his great Triple Concerto.

En Memoria de Chano Pozo celebrates the Cuban percussionist, composer and dancer who is often credited as the creator of Latin jazz. As such, he transformed Dizzy Gillespie’s band, infusing the master’s style with his example. Pozo’s death in 1948, at age 33, during a Harlem bar fight—allegedly over some poor quality marijuana he had just bought from his killer—robbed jazz of a great pioneer and simultaneously gilded his legend.  READ MORE
BACK
Proudly powered by Weebly