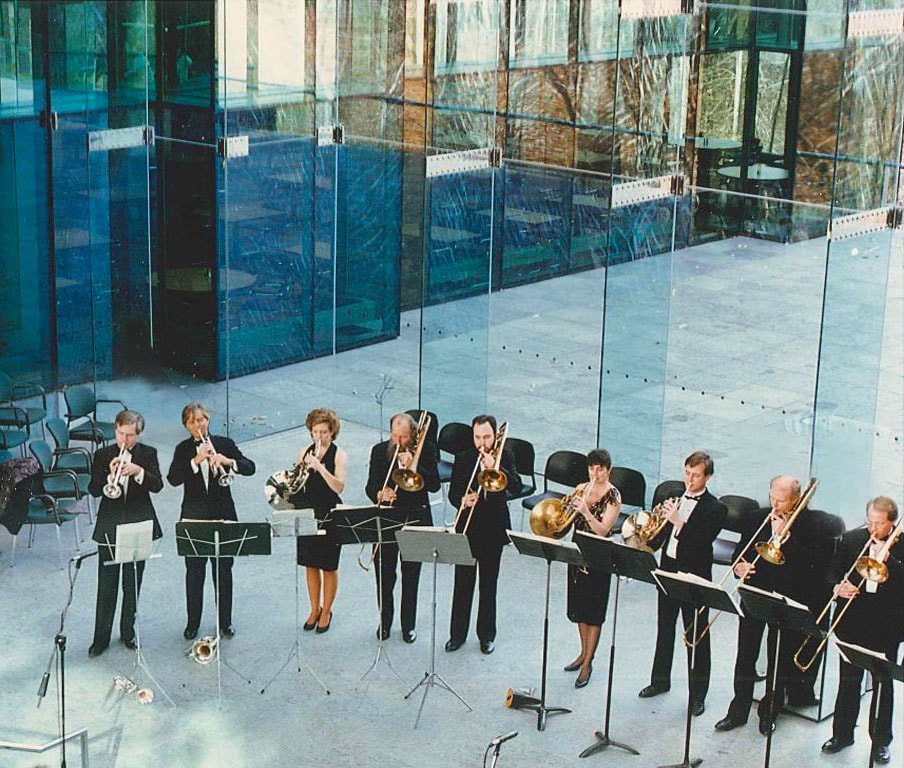 Quindecilogues (Dialogues with 15) has offered many challenges unique to the ensemble involved.  Writing for a virtuoso ensemble is always a pleasure because one’s imagination is never limited by mere technical considerations; indeed the imagination comes alive with a plethora of possibilities.  More than any other work I have written Quindecilogues is a biographical work, but biographical in a special way in that it is a metaphor in tones for the manner in which I compose.

1. Introduction begins with an inchoate, chaotic mass of sound that pricks one’s interest, and when it is heard closely certain figures begin to assert themselves.  Out of this mass of possibilities the on-stage brass quintet imposes itself and brings order to the composition by selecting a figure from the sound mass and turning it into a spirited fugue subject that appears in its entrances from high to low.