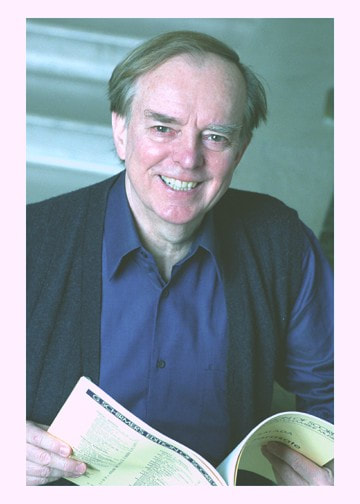 LEONARDO BALADA: COMPOSER
Spanish-American composer Leonardo Balada was born in Barcelona on September 22, 1933. He graduated from the “Conservatorio del Liceu” and then moved to New York where he studied composition with Vincent Percichetti and Aaron Copland and conducting with Igor Markevitch.  In 1960 he graduated from the Juilliard School. In 1970 Balada began teaching composition at Carnegie Mellon University in Pittsburgh where he currently serves as University Professor Emeritus of Composition.

HIS MUSIC
Leonardo Balada, the Catalan composer who came to New York in 1956 to study composition, has been a powerful creative force for more than three decades. His highly personal “avant-garde” techniques in the sixties – dramatically as well as rhythmically imposing – sets his works like Guernica and María Sabina apart from composers of the time. Later, in the seventies, he was credited as a pioneer in blending the “avant-garde” with folkloric ideas mixing the new with the old – now a very fashionable trend – in works like Sinfonía en Negro-Homage to Martin Luther King (1968) and Homage to Casals and Sarasate (1975).

His exposure to the plastic arts in New York was perhaps of greater significance to his style than the music heard around him. In Balada’s music one finds by his own admission a perplexing amalgamation of traditional Spanish culture influenced by modern concepts of geometric art, “collages” as seen in the paintings of Rauschenberg and the surrealism of Salvador Dali. Balada had collaborated with Dali several times in New York during the early ‘60s. There is a plasticity and a theatricality in his music and also a dichotomy, for while sometimes it expresses the abstract, in other moments he mixes in the ethnic.

A characteristic of some of Balada’s works is his interest in controversial subjects: antiwar (Guernica), freedom (Sinfonía en Negro-Homage to Martin Luther King), historic and social issues (the cantata Torquemada, the opera Zapata), environmental concerns (Music for Oboe and Orchestra), protest against death (the cantata No-res). In Spain, his childhood and adolescent years during the Spanish Civil War (1936-39) and after that under the dictatorship of Generalísimo Francisco Franco, had an impact on Balada’s psyche. When he came to the United States the gates of openness and freedom were open to him and with that a compelling desire for expressing in music the frustration experienced in his native country.
~ by Jaime Mira
The Renaissance City Winds first performed Leonardo Balada's Sonata for Ten Winds at the Kennedy Center in 1981 where it was awarded second place in the annual Friedheim Awards for Chamber Music.
_______
October 16, 1983
ABQ Artists Concert Series
​Annapolis, Maryland

To listen Tap > Below
(There may be a slight pause before sound begins.)
The Artists

The score and parts for Leonardo's Sonata for Ten Winds, along with the entire ABQ music library, are available for research and performance from the Oberlin Conservatory of Music.