What are the 12 days of Christmas?

The 12 days of Christmas is the period in Christian theology that marks the span between the birth of Christ and the coming of the Magi, the three wise men. It begins on December 25 (Christmas) and runs through January 6 (the Epiphany, sometimes also called Three Kings’ Day). The four weeks preceding Christmas are collectively known as Advent, which begins four Sundays before Christmas and ends on December 24.

The 12 Days of Christmas is also a Christmas carol in which the singer brags about all the cool gifts they received from their “true love” during the 12 days of Christmas. Each verse builds on the previous one, serving as a really effective way to annoy family members on road trips.
​
The Twelve Days of Christmas
arr. Andrew Kazdin
​
Performed
(without the singer)
by the
Annapolis Brass Quintet
(Duration 04:00)

To listen tap > Below
The version most people are familiar with today begins with this verse:

On the first day of Christmas,
My true love sent to me

a partridge in a pear tree.
(Then adds a gift for each day)
two turtle doves [and:]
three French hens
four calling birds 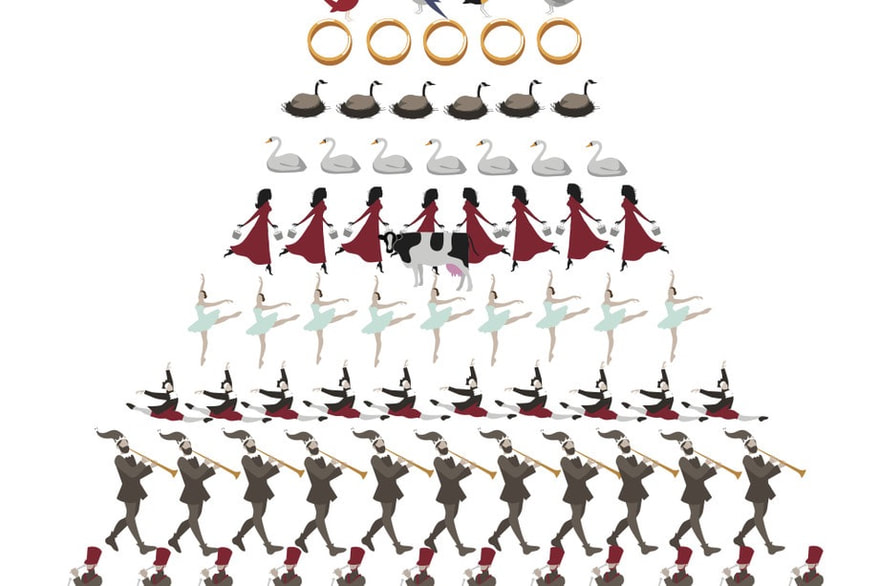 ​The history of the carol is somewhat murky.
​
​The earliest known version first appeared in a 1780 children's book called​ Mirth With-out Mischief.  Some historians think the song could be French in origin, but most agree it was designed as a "memory and forfeit" game, in which singers tested their recall of the lyrics and had to award their opponents a "forfeit"--a kiss or a favor of some kind--if they made a mistake.
_______________________
Above graphic complements of VOX.COM and "The story behind the holiday’s most annoying carol"
by Tanya Pai@TanyaPaitanya.pai @vox.com
Silent Night
arr. Keith Snell
​To listen tap > Below 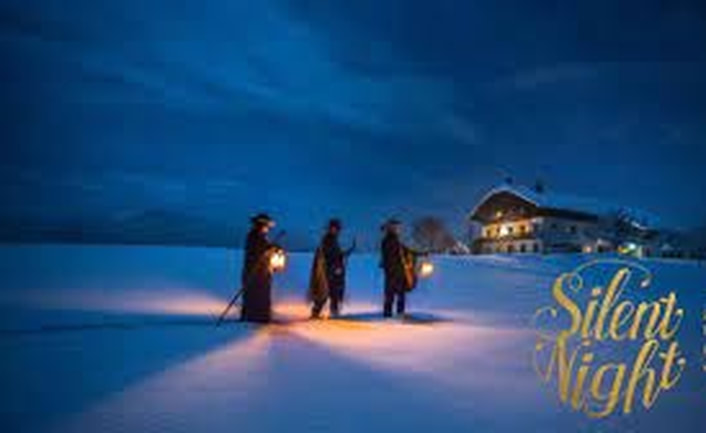