These three works, as well as the entire Annapolis Brass Quintet music library, are available for research or performance through the Oberlin Conservatory of Music. 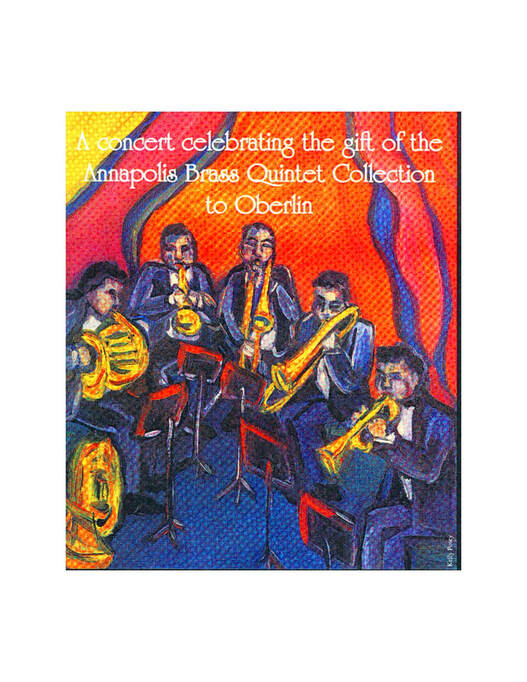 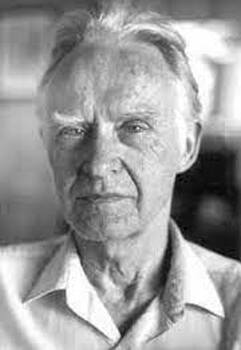 William Presser, Violinist, Composer and Publisher
William Presser (1916 - 2004) was a prominent composer, violinist, and a publisher of American chamber music particularly for brass and woodwinds.  He was born in Saginaw, Michigan  and received music degrees from Alma College, University of Michigan and the Eastman School of Music. His teachers included Roy Harris, Gardner Read, Bernard Rogers, Burrill Phillips, and Pierre Monteux.

Presser began composing at age 25 and has won many awards, with music in the catalogs of over twenty publishers. His chamber music for winds and brass are staples of the repertoire,  appearing on many contest lists and college recitals.

Note of interest:  William Presser's great-uncle was the famous music publisher, Theodore Presser.  Unfortunately, Theodore Presser died when William was 9, and they never had the opportunity to meet.  Nevertheless, William Presser founded Tritone Press & Tenuto Publications in 1961 and over his 41-year tenure built a catalog of over 350 works by over 50 American composers.
Folk Song Fantasy was composed in 1955
(03'13")

​To hear this Annapolis Brass Quintet performance
Tap > Below
(​There may be a brief pause before sound begins.)
2. Variations on a Folk Theme
by Randall Snyder

Randall Snyder, Composer, Jazz musician
Randall Snyder is a composer and jazz musician now living in Lincoln, Nebraska where he teaches at Peru State College. He was born in Chicago in 1944 and studied saxophone with his father, a professional jazz musician. In high school he received a scholarship to the Stan Kenton Band Camp and in 1962 was honored with a Downbeat magazine Student Hall of Fame award.

He attended Quincy College and the University of Wisconsin, receiving a Ph.D. degree in 1973.  Dr. Snyder was appointed as the University of Nebraska's first Composer-in-Residence in 1996 where he taught jazz, ethnomusicology and rock and roll. His music has been played by various chamber ensembles, symphonies and jazz orchestras. The Nebraska Arts Council has given him several fellowships. He also has been active as a jazz performer, appearing as bassist in two documentary films with Kansas City pianist Jay McShann.
Snyder's Variations on a Folk Theme was conceived as a cenotaph for Joseph Fisher, a close friend and most gifted trombonist who, along with his wife Susan, was killed in a car accident at the age of 21 in 1966.

To hear this Annapolis Brass Quintet performance
Tap > Below
(​There may be a brief pause before sound begins.)
3. Sharagan and Fugue
by Alan Hovhaness 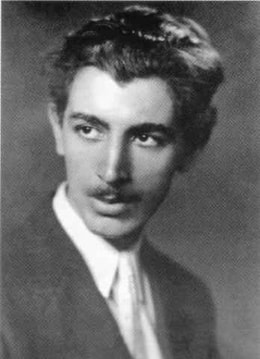 Composer Alan Hovhaness (born as Alan Vaness Chakmakjian in 1911)
Hovhaness was born Alan Vaness Chakmakjian in the affluent Boston suburb of Somerville, Massachusetts in 1911. His Armenian father, Haroutioun Hovanes Chakmakjian, came from Adana (today's Turkey).  His mother, Madeleine Scott, who was of Scottish ancestry ensured he was known simply as Alan Scott Vaness, which is the name seen on his earliest music.  After his mother's death in 1931, the composer used the surname Hovaness (after his paternal grandfather) later adding an 'h' after the 'v' around 1942, and so becoming Hovhaness with the accentuation on the second syllable.

Without any special encouragement, Hovhaness was drawn to music by the age of 4 and received his first piano lessons around the age of 7, by which time he was already improvising and composing with his own notation. His intellectual prowess was considerable - from a young age he was receptive to art, literature and philosophy, not just music. Later in life, he claimed some mystical experiences had brought him whole musical sections (such as part of Mysterious Mountain and the long theme to Fra Angelico). The mystical and religious preoccupations of many works reflect a pantheistic spiritual outlook.  READ MORE:  Alan Hovhaness Biographical Summary by Marco Shirodka

Sharagan and Fugue was published by Robert King in 1947
(03'37")
​​
​To hear this Annapolis Brass Quintet performance
​Tap > Below
(​There may be a brief pause before sound begins.) 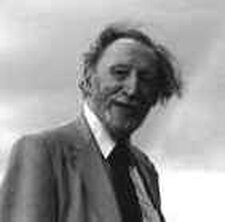 ALAN HOVHANESS (1911 - 2000)
"My purpose is to create music not for snobs, but for all people, music which is beautiful and healing.  To attempt what old Chinese painters called 'spirit resonance' in melody and sound."
​
~ Alan Hovhaness~
​Photo courtesy of Mrs. H. Hovhaness