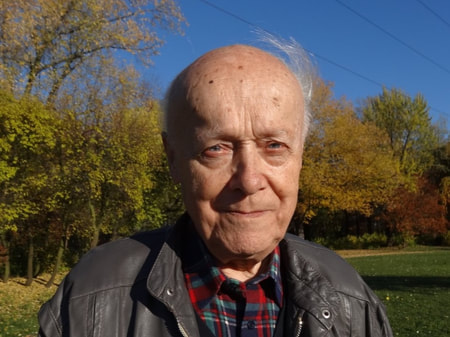 JIRÍ LABURDA: CZECH COMPOSER, AUTHOR & MUSIC TEACHER
Jiri Laburda, composer from the Czech Republic, born on April 3, 1931, acquired his love for music from his parents and received elementary musical training in his native town of Sobeslav. His attitude to music in general, and composition, in particular, was also shaped by the Czech composers Karel Hába, Zdeněk Hůla and the musicologist Eduard Herzog.

Between 1952 and 1955, Laburda studied at the Pedagogical Faculty of Prague's Charles University and at the Prague Teacher Training College (1957-1960).  In 1970, he received the title of Doctor of Philosophy, his doctoral thesis being entitled The Symphonies of D.D.Schostakovitch. His treatise, Didactic Problems of Modern Textbooks of Harmony, completed in 1973, is now part of his university textbook, Diatonic Harmony.

Laburda's works follow along traditional paths with infusions of aleatory and dodecaphonic writing.  His vocal and chamber pieces are particularly effective. He generally draws on traditional compositional expression, and stylistically, neo-classicism in particular. At least 60 of Laburda's 467 compositions have been recorded, and he has received numerous domestic and international prizes and awards for his works.
Jirí Laburda's
Brass Quintet No. 2
​was composed especially for the
Annapolis Brass Quintet in 1979.

The work received its World Premiere in 1980 by the ABQ
​at the
University of Maryland Baltimore County.

To listen to the World Premiere of
Jirí Laburda's
Brass Quintet No. 2
(​Duration: 15' 28")
Tap > Audio Bar Below
(There may be a slight delay before sound begins.)
To go to our
Richard Drakeford
web page and to listen to his
Tower Music
Tap Here
FOSTERING BRASS CHAMBER MUSIC

The score and parts for Jirí Laburda's Brass Quintet No.2, along with the entire ABQ music library,
​are available for research and performance from the Oberlin Conservatory of Music Library.
For direct access to the Annapolis Brass Quintet Special Collection at Oberlin
Tap HERE
Proudly powered by Weebly