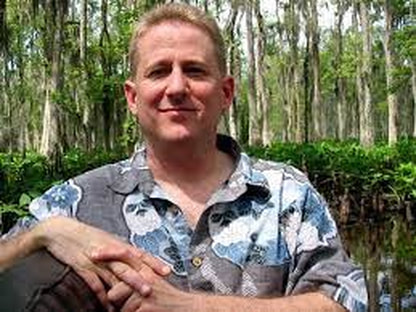 SCOTT PENDER: AMERICAN COMPOSER
Scott Pender (b. 1959) has called the phonograph his first music teacher. He cites his parents’ “extensive, eclectic record collection” as a primary early influence. As a child, he began making up tunes at the piano and taught himself to read music. Formal study in piano and theory as a teenager led to his enrollment at Peabody Conservatory, where he began composition studies with Jean Ivey. He holds degrees in philosophy from Georgetown University and music composition from Peabody Conservatory.
​
He was awarded a Fulbright Fellowship to study in the United Kingdom with the English composer Gavin Bryars. In addition to a MacDowell Colony residency and the Fulbright Fellowship, he has received honors and grants from the Virginia Arts Festival John Duffy Composers Institute, the D.C. Commission on the Arts & Humanities, the American Music Center, ASCAP, BMI, Meet the Composer, the Southeastern Composers’ League, the Phi Beta Kappa Society, and others.  Read More
Scott Pender's Songs from Terezín
was co-commissioned by the Annapolis Brass Quintet and the
Brass Chamber Music Society of Annapolis in 1991.
Songs from Terezín
April 7, 1991 World Premiere
Performed by the
Morgan State University Singers
Nathan Carter, Director
and the
Annapolis Brass Quintet
Robert Suggs, trumpet; David Cran, trumpet;
Sharon Tiebert, horn; Wayne Wells, trombone;
Robert Posten, bass trombone.

To listen
Duration: 8'48"
Tap > Below
(There may be a slight delay before sound begins.)
SONGS from TEREZÍN
The English translations of the original Czech texts are taken from the book I never saw another butterfly: Children’s Drawings and Poems from Terezín Concentration Camp 1942-1944. I had been familiar with these poems for some time, and I had always wanted to set them to music.

When the Annapolis Brass Quintet approached me with the idea of writing an inspirational piece for brass quintet and chamber chorus, these poems seemed perfect. They are certainly inspirational, but beyond inspiration, they cover a range of feelings, from nostalgia to despair to open optimism.

Songs from Terezín was hailed as “one of the brightest premieres heard recently in Baltimore” by the Baltimore Evening Sun. The Columbia Flier called it “some of the most compelling new music around…assembled with unusual skill.”
​~ by Scott Pender
​
. . . I never saw another butterfly . . .
​by Hana Volavkova (Author).
Children's Drawings and Poems from Terezín Concentration Camp 1942-1944
​Fifteen thousand children under the age of fifteen passed through the TerezÍn Concentration Camp.
Fewer than 100 survived.

​In these poems and pictures drawn by the young inmates, we see the daily misery of these uprooted children, as well as their hopes and fears, their courage and optimism.
​60 color illustrations.
To see/read more of
. . . I never saw another butterfly . . .
(external link)​
to the Holocaust Center of Seattle
Tap Here
To listen to
The 1992 World Premiere Performance of
SCOTT PENDER'S FRAGMENTS​
featuring the
COLUMBIA PRO CANTARE & ANNAPOLIS BRASS QUINTET
Frances Dawson, Conducting
​Tap HERE
FOSTERING BRASS CHAMBER MUSIC
​
The score and parts for Scott Pender's Songs from Terezín and for Scott Pender's Fragments, along with the entire ABQ music library, are available for research and performance from the Oberlin Conservatory of Music.
For direct access to the Annapolis Brass Quintet Special Collection @ Oberlin
Tap Here​​
Proudly powered by Weebly