Entry of Christ Into Brussels 1899 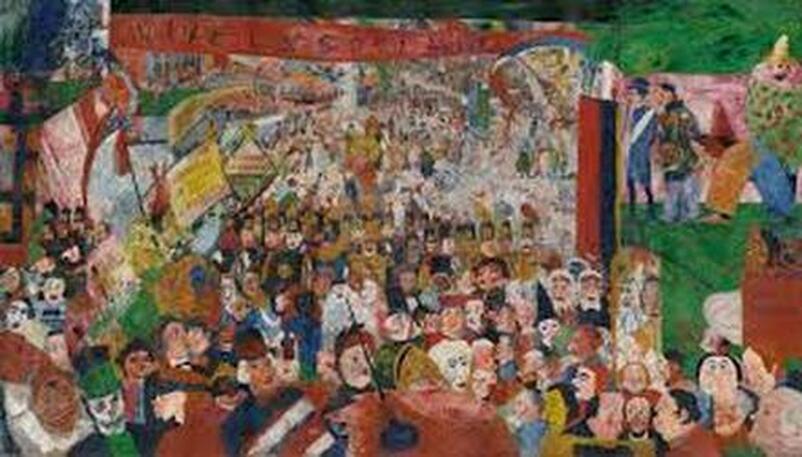 The Painting of ​James Ensor
(born, Ostend Belgium April 13, 1860—died November 19, 1949)
​Belgian painter and printmaker whose works are known for their bizarre fantasy and sardonic social commentary.
MOST FAMOUS WORK: ENTRY OF CHRIST INTO BRUSSELS 1889 ​

HOMAGE TO JAMES ENSOR
The Music of Frédéric Devreese 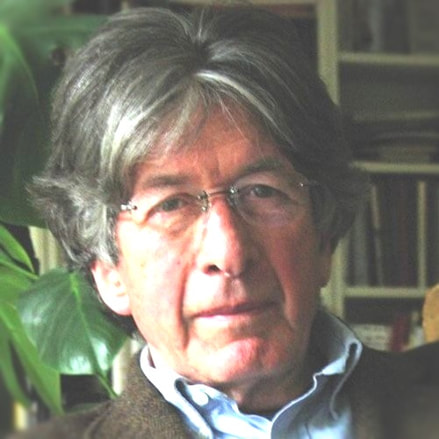 Photo of Frédéric Devreese by Paul De Smet
FRÉDÉRIC DEVREESE  (b 1929 )
Frédéric Devreese, born in Amsterdam in 1929, is a Belgian conductor and composer of stage, orchestral, chamber, choral and piano works. He has composed four piano concertos, the fourth of which was chosen as the set concerto for the International Queen Elizabeth Competition in 1983. He is most famous, however, for his many memorable film scores, including, for André Delvaux, L’Homme au Crâne Rasé, Un Soir, Un Train, Rendez-vous à Bray, Belle, Benvenuta and L’Oeuvre au Noir. A former conductor for Belgian Radio and Television, Frédéric Devreese has conducted orchestras all over the world. In addition to some ten recordings for Marco Polo and Naxos, he recorded an Anthology of Flemish Music, which brought his nomination as Cultural Ambassador of Flanders in 1996 and 1997.    -  Marc Grauwels
DIVERTIMENTI SUITE no. 1 - Frédéric Devreese
Based on a number of themes from his film score of Onze-Lieve-Vrouw der Vissers (Our Lady of the Fisherman) after a story by the Flemish writer Felix Timmermans (1967) - a film by Frans Verstrepen.

Performed by the Annapolis Brass Quintet
Recorded by WSR - SYMPHONIC BRASS
TAP > AUDIO BAR BELOW
(There may be a 10-20 second delay before sound begins)
Through the character of the 'divertimento' Devreese lets us know that the piece was written for the sheer joy of playing (and that he has greatly enjoyed composing the work).  Hopefully, therefore, it will provide many musicians with a great deal of playing fun - and indeed audiences with the pleasure of listening.   [READ MORE]
TO FOSTER THE ADVANCEMENT OF BRASS CHAMBER MUSIC
The scores and parts for FRÉDÉRIC DEVREESE'S  Homage to James Ensor, and Divertimenti Suite no. 1 along with the entire Annapolis Brass Quintet library, are available for study and performance from THE OBERLIN CONSERVATORY OF MUSIC.    For direct access to the ABQ Special Collection @ Oberlin Conservatory Library​
TAP BELOW:
ABQ COLLECTION @ OBERLIN CONSERVATORY
> BACK WELCOME HOME
Proudly powered by Weebly