THE MUSIC OF ERROL WEISS SCHLABACH
Quintet for Sunshine 1974 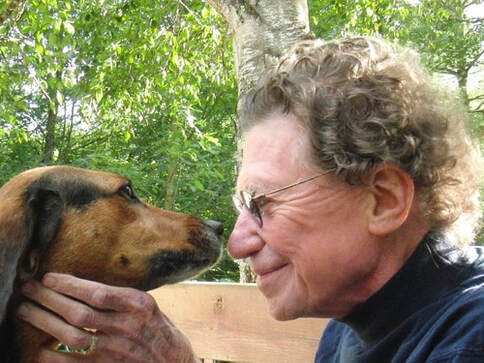 Errol Weiss Schlabach (1942--2018) was an American composer, teacher, arranger and woodwind specialist.
​
Schlabach studied at the Cleveland Institute of Music in Cleveland, Ohio, where he obtained his Master of Music degree in composition. He was subsequently a composer, arranger and saxophonist from 1966 to 1970 with the United States Navy Band in Washington D.C., and composed, arranged and played with the U.S. Marine Band from 1972 to 1976.

Thereafter he was an educator, at Ashland College, Ohio, and Denison University, and a freelance composer and musician. As a teacher for jazz studies and saxophone, he was affiliated with the State University of Plymouth in Plymouth (New Hampshire). For a certain time he was a tenor saxophonist in the Rick Brunetto Big Band.

​He also played with the Kennedy Center Orchestra, at Walt Disney World, and in Las Vegas, and performed as a soloist on many woodwind instruments (flute, oboe, clarinet and saxophone).  As a composer, Schlabach wrote works for symphonic band, jazz ensembles, chamber music ensembles and soloists.
In 1974 Errol Schlabach composed his two-movement Quintet for Sunshine for the Annapolis Brass Quintet.  This ABQ performance was recorded by West German Radio (WDR).
To listen, TAP BELOW  > (Expect a 10-30 second delay before sound begins)​​
TO FOSTER THE ADVANCEMENT OF BRASS CHAMBER MUSIC
The scores and parts for Errol Weiss Schlabach's Quintet for Sunshine and all his arrangements for The Spirit of Christmas Brassed, along with the entire Annapolis Brass Quintet library, are available for study and performance from THE OBERLIN CONSERVATORY OF MUSIC.
For direct access to the ABQ Special Collection @ Oberlin Conservatory Library​
TAP BELOW:
ANNAPOLIS BRASS QUINTET COLLECTION @ OBERLIN CONSERVATORY
Proudly powered by Weebly