INGOLF DAHL
​MUSIC FOR BRASS INSTRUMENTS
(1944)
1.  Chorale Fantasy   2.  Intermezzo   3.  Fugue
When Ingolf Dahl wrote his Music for Brass Instruments ​78 years ago, he signaled the beginning of the 20th century brass renaissance -- new music for a medium which had slept for 200 years.  Dahl had the foresight to treat the brass quintet with the seriousness which it later proved to deserve.  It is steely and proud, mischievous and playful, melancholy and pensive.  It is a brass chamber music work of orchestral dimension which does not disappoint.

Music for Brass Instruments was a complete departure in style for Dahl with influences of American folk dance rhythms as used in Copland's "Rodeo" and jazz elements utilized in the tonal, cheerful movements of the piece. It was an instant hit, and Ingolf Dahl, born and educated in Germany, established himself as an American composer.  The work's 2nd movement "Intermezzo" became the signature piece for Armed Forces Radio and the theme music for National Public Radio's 'First Hearing.' 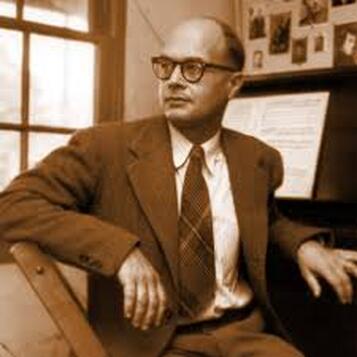 Ingolf Dahl: German/American composer & teacher
Ingolf Dahl (b. 1912 - d. 1970) was originally born Walter Ingolf Marcus in Hamburg, Germany to a German father and a Swedish mother.  Dahl began his formal music education at the Cologne Conservatory where he studied with Philipp Jarnach from 1930 to 1932.  Then, fearing the oppression of the rising Nazi party, he left Germany for Switzerland.  In 1939 Dahl emmigrated to the U.S. and settled in Los Angeles. He changed his name to Ingolf Dahl, using his middle name and his mother's maiden name.  ​Joining the expatriate community of musicians in Los Angeles, he worked as a composer and conductor for radio and film and in 1945 joined the music faculty at USC where he taught for 25 years.  Ingolf Dahl died in Switzerland in 1970, just weeks after the death of his wife, Etta.
​"Hello friends, I'm Bill McGlaughlin.  Welcome to 'Saint Paul Sunday.' " 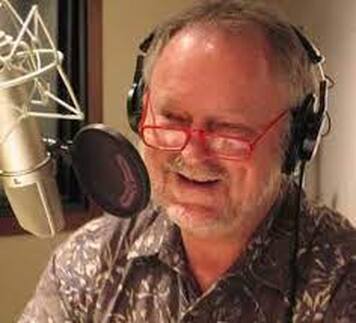 Bill McGlaughlin: Trombonist; Public Radio Host; Conductor; Composer.
William McGlaughlin’s introduction to music came late; he was fourteen before he took his first piano lessons. “Happily, I understood immediately what a wonderful thing I’d stumbled into.  I can remember thinking as I walked away from my second piano lesson, 'Well, that’s it, I’ll be a musician. Of course, I had no idea what that decision meant exactly.”

For twenty-seven years, Bill McGlaughlin hosted St. Paul Sunday, one of the most honored programs in public broadcasting. Some of the most renowned musicians in the world made their way to the broadcast studio in St. Paul, Minnesota, to talk with McGlaughlin about their artistry and then demonstrate that artistry with in-studio performances.  “From the beginning,” said McGlaughlin, "we wanted to give the radio listener the sensation that he was sitting four feet away from Yo Yo Ma, hearing him speak and then enchanting us with his music making.  The whole presentation was intimate, from the sound with the mikes in tight, to the level of conversation.  You were listening in to a couple of friends in the world’s best living room.”
BRASS ON BACH
​Contrapuncti I, IV, VII, IX
Jesu, Joy of Man's Desiring
To listen tap Here