David Sampson: Morning Music (1986)
​
David Sampson has emerged as one of the truly unique voices of his generation. 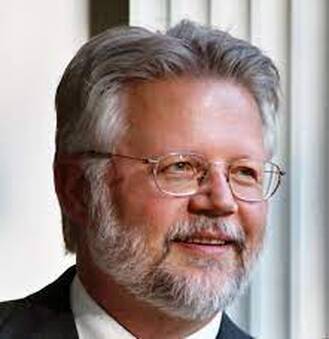 He was Composer-in-Residence with the Colonial Symphony Orchestra from 1998 through 2007. He was a recipient a 2014 New Jersey State Council on the Arts Individual Artist Fellowship.

To listen Tap > Below
(There may be a 10 to 20 second pause before sound begins.)
Ellen and Anne's update about a planned celebration of Robert's life:
"Scheduling has been a challenge but we are still hoping to have a memorial event for Rip, now likely next summer.  Information will be forthcoming on this website and/or by email."
Tap for R. W. Posten Tribute Page
About the Work:  Morning Music for brass quintet
Description by Joseph Stevenson
David Sampson's 1986 Morning Music is a highly personal work, a sequel to his 1981 woodwind quintet named In Memorium: W.E.S. Thus, both are part of the emotional aftermath of the 1979 murder of the composer¹s brother by the Ku Klux Klan and American Nazis.
​
Morning Music is a twelve-minute piece in one movement. It expresses the composer¹s continuing anguish, but unlike the earlier work it allows a feeling of strength to emerge from the despair and grief. It ends with a fast coda. Sampson dedicated the score to his mother, "whose optimism and resiliency have been an inspiration to me."​​
C. Warren Kellerhouse, served as composer/arranger with the U.S. Naval Academy Band along with three future founding members of the Annapolis Brass Quintet.
​
This swinging arrangement of

was written by Warren Kellerhouse
for the Annapolis Brass Quintet.
(and especially for his all-time favorite bass trombonist Rip Posten)

The score and parts for David Sampson's Morning Music for brass quintet and C. Warren Kellerhouse's arrangement of Billy Boy, along with the entire ABQ music library, are available for research and performance from the Oberlin Conservatory of Music.
Direct access to the Annapolis Brass Quintet Special Collection @ Oberlin
Tap Here​
Proudly powered by Weebly